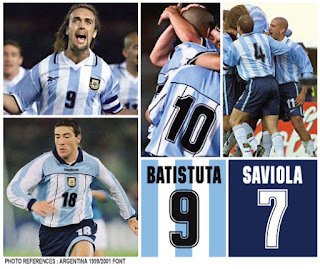 From 1999 through 2001, Argentina kits supply by Reebok, additional new font design was apply on the team kits. Usually the players shirts was worn with player’s number only. 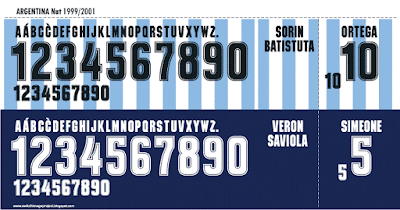 Among the major tournaments, with these Reebok kits, the 1999 Copa América tournament, seed in Group C, It comprised Argentina, Colombia, Ecuador, and Uruguay. Group play began on July 1 and ended on July 7. Colombia won the group and faced Chile and Argentina finished second and faced Brazil, the winners of Group B, in the quarterfinals, Argentina lost 2-1 to Brazil and was eliminated from the tournament.