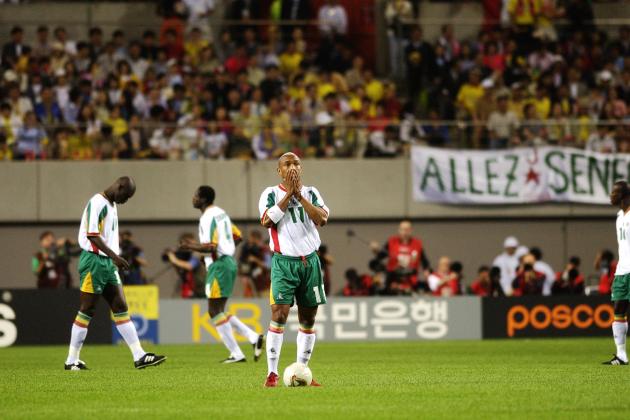 Shaun Botterill/Getty Images
Tomorrow’s group stage draw will set the scene for six months of speculation and prediction, as well as shaping the concerns and expectations for a whole host of competing nations.

The prospect of a Group of Death has been mooted extensivelyin the media and indeed, it remains an intriguing, fascinating and very realistic prospect.

However, while the thought of being drawn alongside some of world football’s finest sides and most prominent superstars may fill any of the tournament’s so-called smaller sides with dread, they need not be fatalistic.

A brief glance back through the World Cup history books demonstrates that the competition has an extensive history of smaller sides who have been written off when faced with more-illustrious opponents, only to upset the odds and win through in the end.

Could one of this year’s unfancied teams defeat or even eliminate a big name in Brazil next summer and etch their name into history? If the World Cup group stage teaches us anything, it is that nothing is impossible.

This article outlines some of the most remarkable results and indeed eliminations in the competition’s group stage history. This collection is not a “ranking” and thus the entries are not in any order.

Please comment below and let me know which you think are the most exceptional on this list or indeed, if you anticipate any more upsets next summer.