The world cup is over and it’s time for football to return in the field. Next year some glamorous tournaments are going to unfold and perhaps the biggest one of them is Copa America. This time the host for this grand event is Chile and some top class teams are going to compete against each other to see who the better one in this tournament is.

Before we get to the question of who will win Copa America, let’s divide the teams into 3 categories so we have easier time understanding the situation. 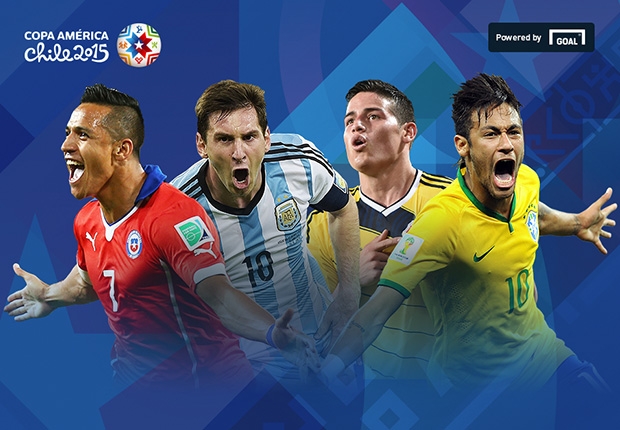 The host team is always a favorite considering the home atmosphere gives them an added advantage in their matches. On top of it, some can say that these players are the golden generation here for Chile and thus they can dream of winning this tournament.

I don’t think this part needs any explanation. Argentina missed the world cup by a hair but they will do everything they can to make sure that they don’t loose this one.

They have been very promising in the world cups and they have raised up in rank. They have the ability to defeat any team that comes against them and they will look to get this trophy here.

The way I will put it is, they will at least get their dignity back if they win this trophy. They suffered a lot of humiliation at their home-town world cup and its time they change that.

The ban of Luis Suarez is keeping them back in the dark horse side rather than the favorites despite the fact that they are the most successful team in this tournament.

Mexico has good team but what they lack is trump card. In a tournament where players like Messi, Falcao, Neymar plays, they needed a big name which they don’t have.

They lack is swift attack and tight defend. They are a good team overall but there are too many holes in their team that can be used to take advantage of.

These teams are rebuilding themselves and are thought to have no great impact on the overall result of the tournament.

Now that we have sorted the teams out and pointed out few things, the biggest questions come. Who do we think will win the tournament and why?

Now, if I have to give a personal answer then I would say, I hope for Brazil to win as a fan of Neymar. Truthfully saying, Brazil is in demonic form after the world cup. It’s as if they got awakened after the world cup and they are showing it.

Chile, as the home team has an overwhelming advantage and they have some on-form players with them that can turn the tide of the game at any moment.

Despite these facts, truth be told, the team which has the most amount of chances is Argentina. They lost the world cup by a hair last year. They are good team and this is probably the last well known trophy their current team can get. But, the question is why Argentina? Here is the answer and the answer is MESSI. And the things to add with the answer are AGUERO, DI MARIA and MASHCHERANO. Neymar is good and so is Falcao but they still have ages to go to catch up to Aguero and Messi. Aguero scored more than Falcao this season and Messi has scored nearly triple of Neymar. Di Maria is arguably now the world’s best winger. We all saw what can Mashcherano do in defense. These reasons keep Argentina at the top for this match and whoever gives what logic, think hard about how you would negate all these REASONS.

Saying that makes no difference, as anything can happen in the field. Jamaica could somehow end up winning the entire tournament and no one can guarantee that they won’t. We tried to find reasons and recent forms to evaluate our decision. If you have different thought then feel free to let us know.