What if Roy Hodgson picked his England team on Premier League form? 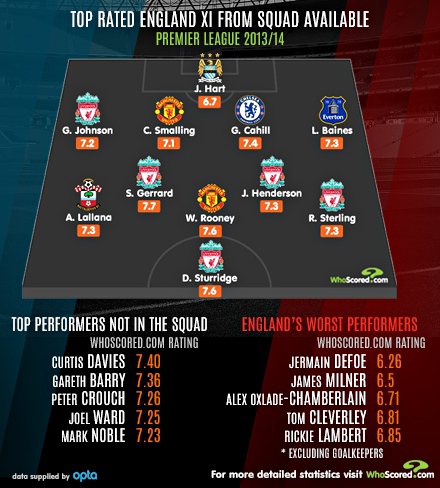 Premier League team of the week 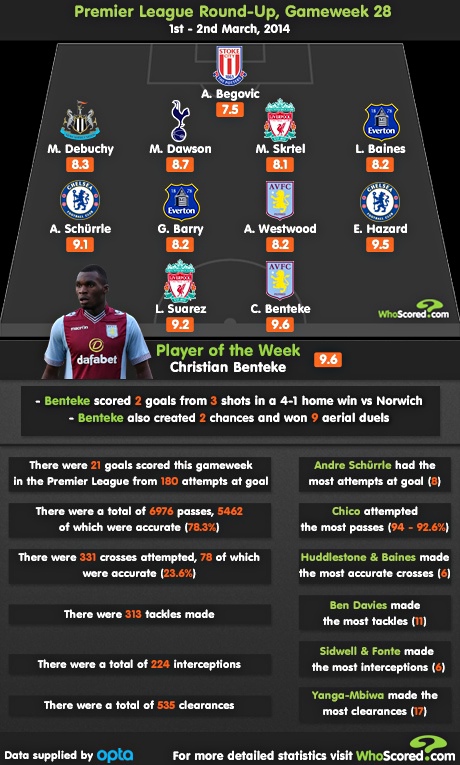 La Liga team of the week 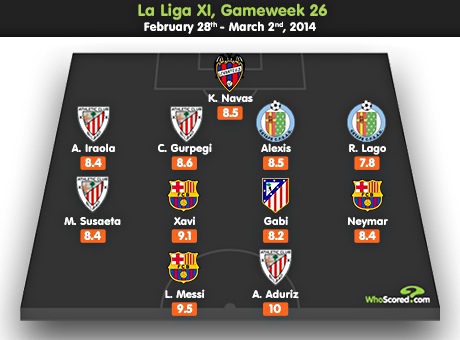 Bundesliga team of the week 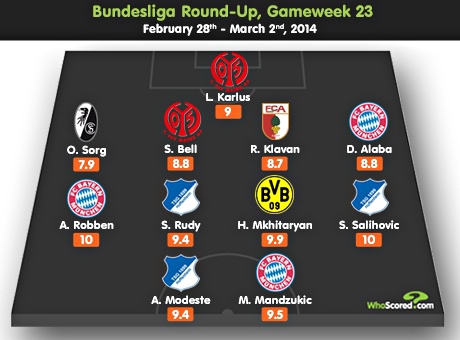 Serie A team of the week 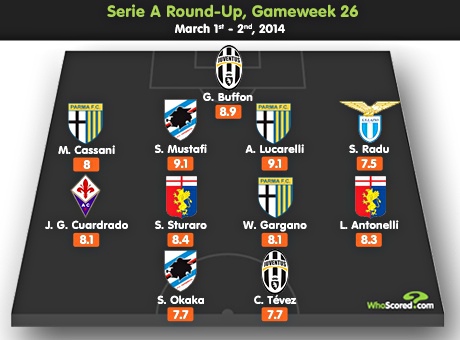 Ligue 1 team of the week 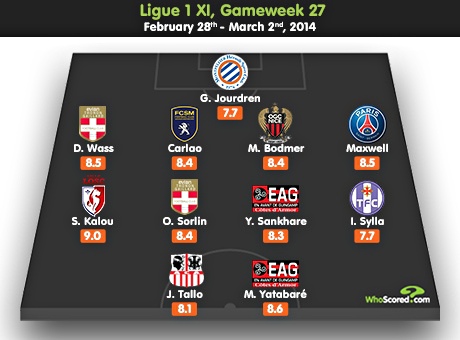 Roy Hodgson’s latest England squad selection didn’t really throw up any surprises but there were a number of players that could count themselves unlucky not to have received the call. Familiar faces such as James Milner, Jermain Defoe and Alex Oxlade-Chamberlain are in the squad despite starting just seven, three and three Premier League games, with the latter’s absence due to injury rather than falling out of favour.

Meanwhile, there remains a place for Kyle Walker, who will not be fit for the friendly against Denmark on Wednesday night, and the much maligned Tom Cleverley. Hodgson was quick to say that the likes of Gareth Barry, Adam Johnson and Andy Carroll would all still be considered for the World Cup, but beyond that the picture looks pretty bleak.

In our side, Joe Hart takes his place in goal despite a dip in form early on in the season. His rating of 6.67 is the best of all Premier League goalkeepers who have made more than 10 appearances. He gets the nod over John Ruddy (6.63), while Ben Foster’s rating of 6.47 leaves a lot to be desired.

Both Glen Johnson and Kyle Walker make the squad as usual, though an injury to the latter is unlikely to see him take any part. Crystal Palace’s Joel Ward has a superior rating (7.25) to both players. The versatile 24-year-old has won more tackles per game than the England pair (3.4) and his ability on the ball has helped him slot in at central midfield on occasion.

With Phil Jagielka and Phil Jones both sidelined, Hodgson took the chance to give Cardiff City’s Steven Caulker a call-up, with the former Spurs man one of only three centre-backs in the squad. In doing so, he overlooked Curtis Davies, who has had an excellent impact in his first season with Hull. The Tigers have had a better season than most would have expected and the 28-year-old has played an important role, averaging 4.4 aerial duels and 2.8 interceptions per game.

From the squad available, Chris Smalling has a slightly better rating than Caulker, so he may partner Gary Cahill, who has been in excellent form alongside John Terry. With Chelsea boasting the best defensive record in the league by a distance (22 conceded), many have called for the ex-England captain to be talked out of international retirement.

Luke Shaw received his first England call-up and will hope to force his way into Hodgson’s plans ahead of Ashley Cole. The left-back spot seems to be Leighton Baines’ to lose for now though, with the Everton man’s rating up at 7.25 compared to Shaw (7.03) and Cole (6.89).

Steven Gerrard’s form shows no real signs of decline, playing as he does now in a deeper role for both club and country. The Liverpool man is the top-rated Englishman (7.73) in the league this season. Jordan Henderson (7.26) has the highest rating of the other midfielders in the squad, but Gareth Barry’s rating of 7.36 suggests he should be on the plane to Brazil. The veteran midfielder maintains an impressive 86.2% pass accuracy from 70.9 attempts per game but is capable of playing incisive passes too, averaging 1.4 key passes and picking up three assists.

In comparison to someone like Tom Cleverley, there is little contest, with the United man averaging 54.9 passes but just 0.5 key passes per match, failing to register an assist all season. Indeed, of all English central midfielders in the top-flight, Cleverley ranks down in 20th in our ratings with a modest 6.81 (also significantly behind the likes of Mark Noble, Tom Huddlestone and Fabian Delph).

In the attacking midfield positions, Hodgson seems well equipped, despite the absence of Theo Walcott through injury. From those selected, the ratings suggest that Adam Lallana and Raheem Sterling deserve to flank Wayne Rooney, leaving the likes of Andros Townsend, Alex Oxlade-Chamberlain, Danny Welbeck and Jay Rodriguez on the sidelines.

Lallana has an impressive seven goals and five assists to his name, as well as averaging two successful dribbles per match, while Sterling took his goal tally to six at the weekend, He has three assists and averages 2.5 completed dribbles per game. With both players showing impressive work-rate, it would be hard to argue against their inclusion.

The front pairing picks itself, with Wayne Rooney starting in behind Daniel Sturridge, who had scored in eight successive Premier League games before this weekend. Ten goals and nine assists in the league for Rooney, meanwhile, indicate that he could be the man to provide Sturridge with the necessary ammunition.

All statistics courtesy of WhoScored.com, where you can find yet more stats, including live in-game data and unique player and team ratings.