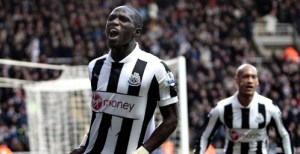 West ham United took on Newcastle in the premier league game on saturday afternoon and it was the away side Newcastle who tok the game by the scuff of the neck, they scored an early goal throug their play of the season in Yohan Cabaye who made it 1-0 to ease the nervous of away side, Loic Remu added one more to newcastle tally in 33 minute before Mike Williamson scored an own goal to drag west ham back into the contention.

Newcastle looked a bit shaky in the 2nd half but the hang on to the good result and even sealed the deal towards the end of the 2nd half when they scored their 3rd of the night to put misery on Sam Allerdyce side who are under real pressure now, and he might be sacked with in a few weeks now. Watch full match highlights and goals video here, while BBC Match of the day (motd Video) will be avialable alter.