United States soccer team qualified for the FIFA World Cup in flying colours and the will be part of group of death which includes matches against Germany, Portugal and Ghana. Surely this year World Cup Tv Ratings to reach all time high. Here is the initial details on new USA home and Away kit which will be released at the end of January or start of February.

This is the new USA home kit to be used in the 2014 World Cup in brazil. 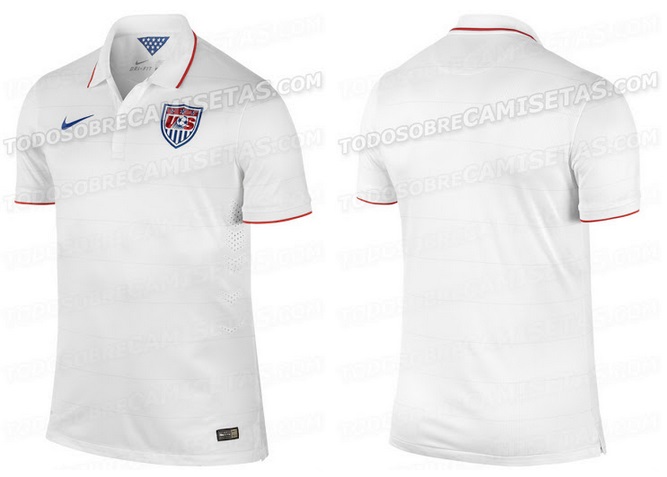 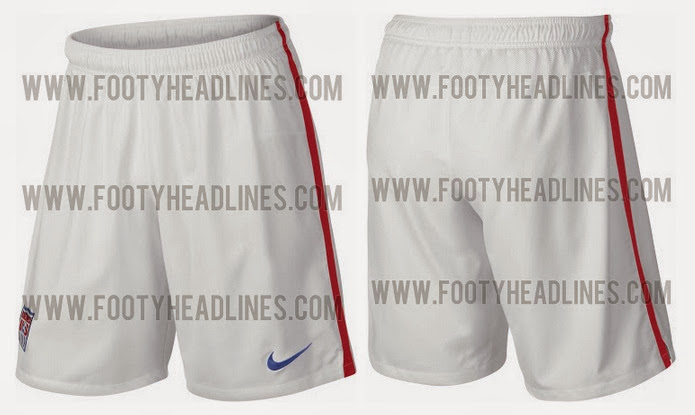 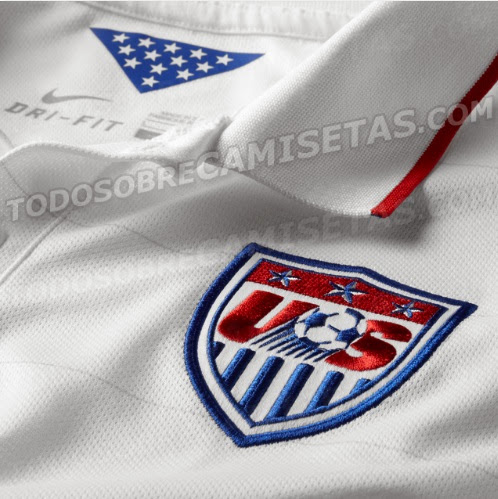 This is the new USA team logo to be used on the new Nike Kit 2014 World Cup for USA. Thew new logo replaces the golden boundry around old logo to blue while the red colour is a bit more brighter.

United States have qualified for the FIFA World Cup and their kit details has been leaked, according to some sources USA home kit will come in white colour with blue application while the kit collar will be while flat knit with blue tippings. while the cuffs of the kit will be blue.

THe away kit will come in red as base colour while there will be red appliaction across the kit, and the away kit comes with folded sleeve cuffs. Both home and away kits will be released in early 2014

This is the new USA World Cup 2014 home track top which represent the new logo and has the same colour combination as official World Cup kit which is to be released in couple of weeks time. 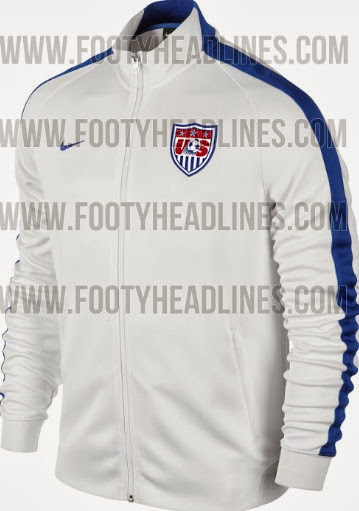 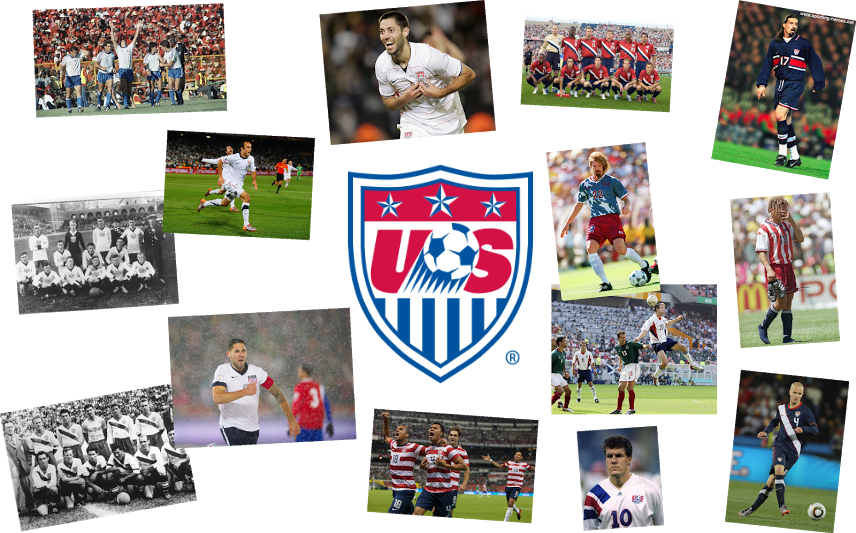 In the meantime we also have the 2013 Official USA women and men’s soccer Jersey which is called CENTENNIAL Jersey and most probably Nike will continue this template for the FIFA World Cup. But it remain to be seen how things go about from here. 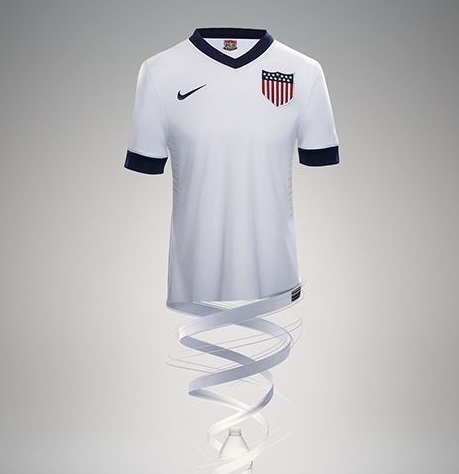 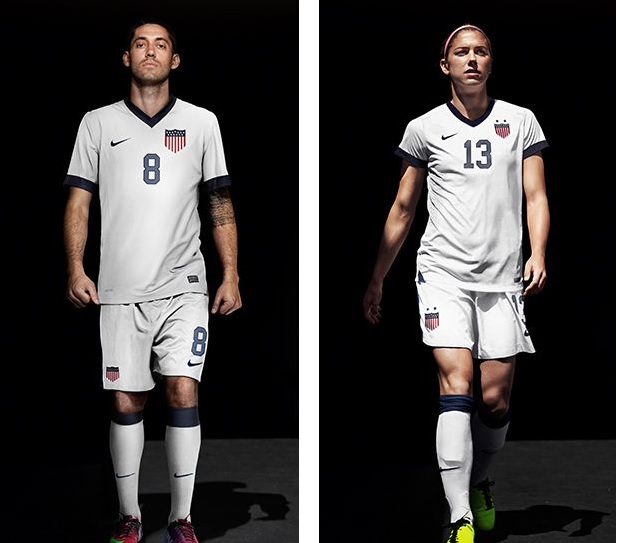 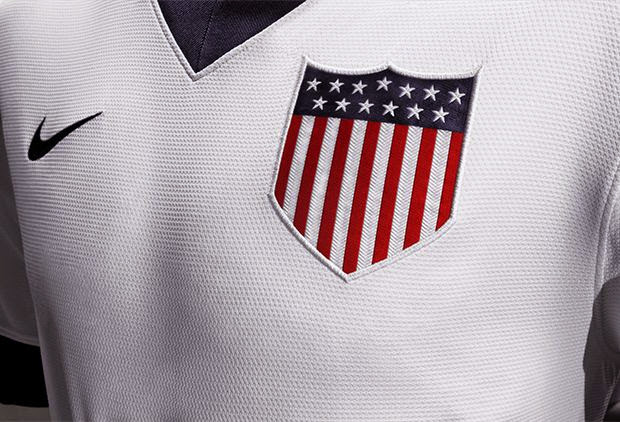 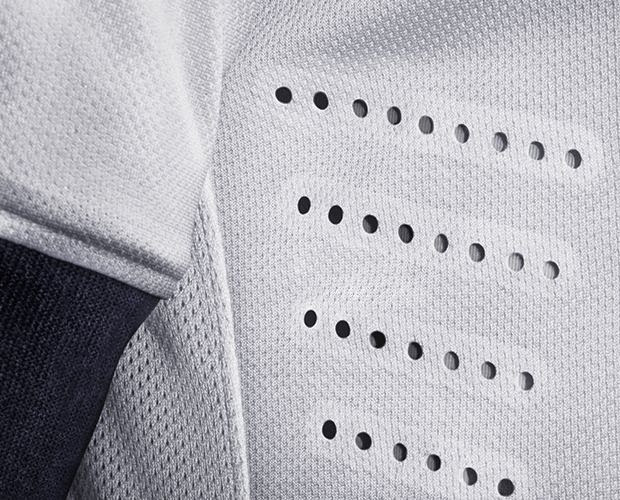 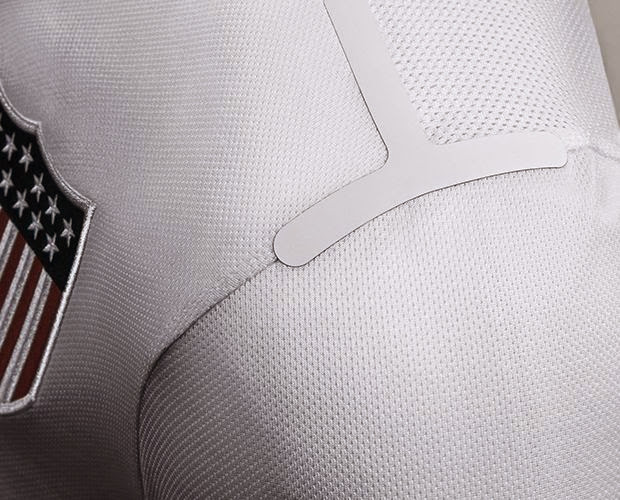 We would like to know what american soccer fans like about these kits ? what changed they would make to make it even better and more importantly assuming it end up as the official kit will you buy it ? let us know your thoughts and in the meantime we will look for more possible designs of USA jerseys 2014 World Cup.

We are less than a year away from FIFA World Cup 2014 and 5 teams have been confirmed for the next mega event in Brazil starting in June 2014 while there are a few teams who have one foot in the World Cup as they are home and dry in their qualification groups, one of those sides are USA who after playing six matches in their currently on top of their group with 13 points and will be very unlucky to miss out on the next years event and thats highly unlikely.

Blast From The Past Historic American Kits – Fan Arts 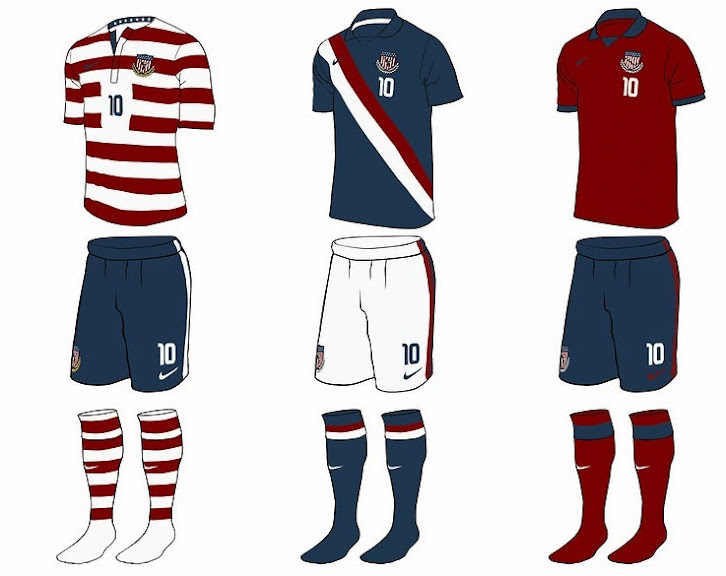 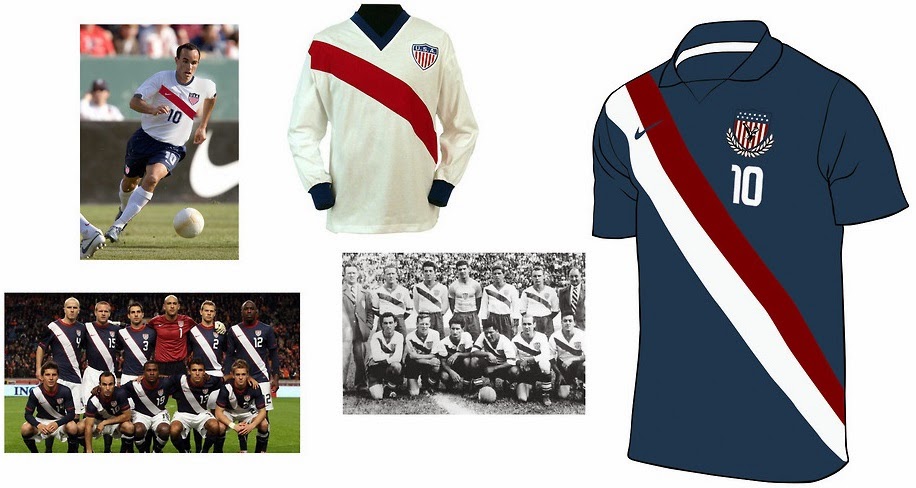 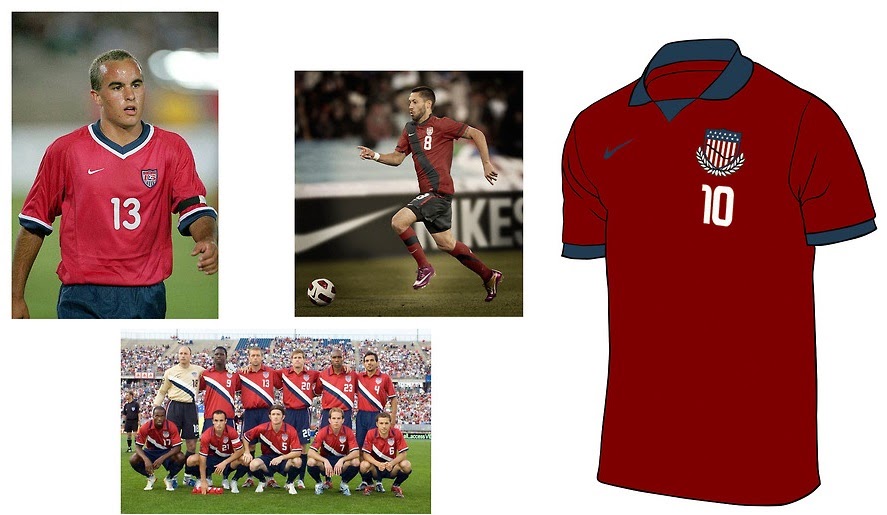 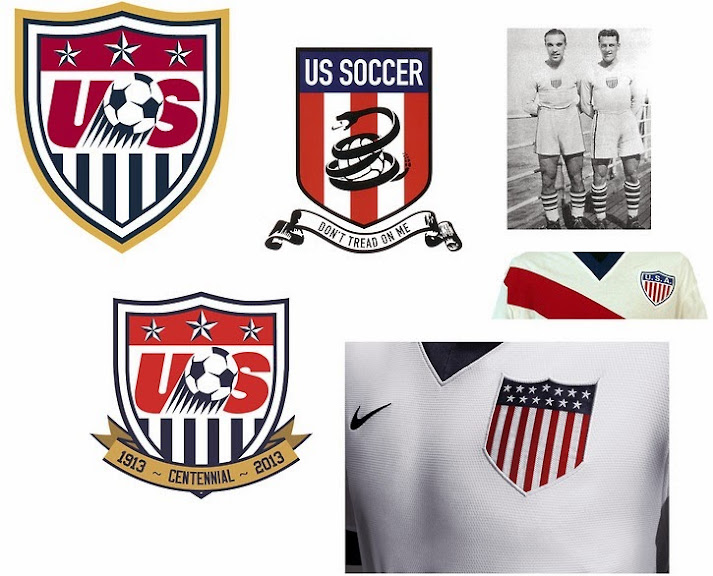 This possible kit design is a traditional USA home kit by Nike, in all white base colour while there is beautiful application of USA flag colours on shoulders and on sleev cuffs. while the flag design supports navy blue and red/white stripe colours which leads to sleeve cuffs, while there is text “dont tread on me” in the inner part of the collar which is round in navy blue colour. On the back of shirt there is DTOM snake just on top of the players number makes it a great kit for USA. [ But again its not official USA World Cup kit. Just a fan made design ] 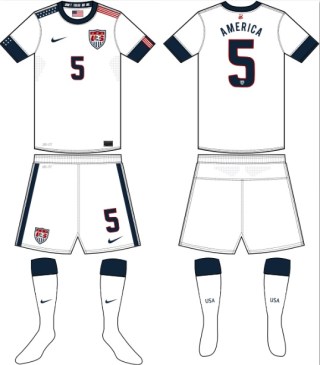 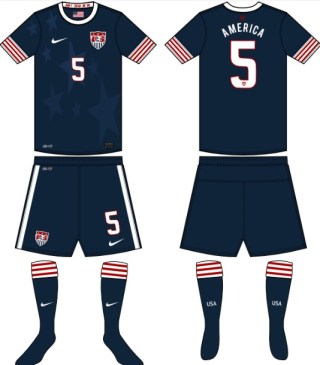 NIKE USA 2014 World Cup Away Jersey Design:
The away Jersey design is in navy blue base colour while there is white and red colour application on away kit collar and sleeve cuffs. The sleeve cuffs are in white/red round stripe with the USA flag inspiration while the collar is round in white colour and there are eight faded colour stars in the front of the kit in different sizes making it a historic kit.