USA took on Ghana in their first world cup game in 2014 competition and having lost twice in the last couple of world cups, United States started the game on fire when Clint Dempsey scored with in 31 seconds. 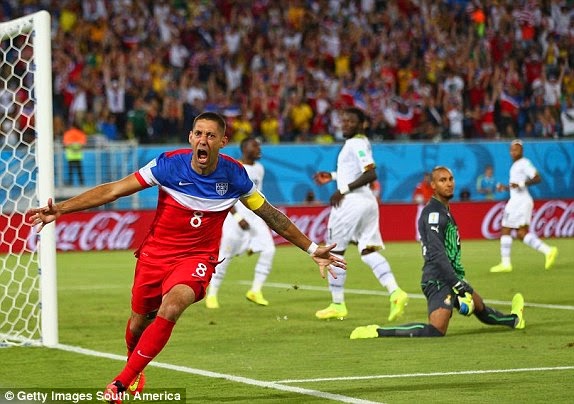 Clint Dempsey was on target for USA to register their first ever win against Ghana.

Once the first goal went in, USA sit back and played on the counter attacks, Ghana had a few chances which they failed to convert and the longer the game went Ghana’s gameplay became more predictable and they started to get frustrated. Their break finaly came in 84th minute when Andre Ayew scored for Ghana but USA took the lead back within couple of minutes to finish of Ghana. 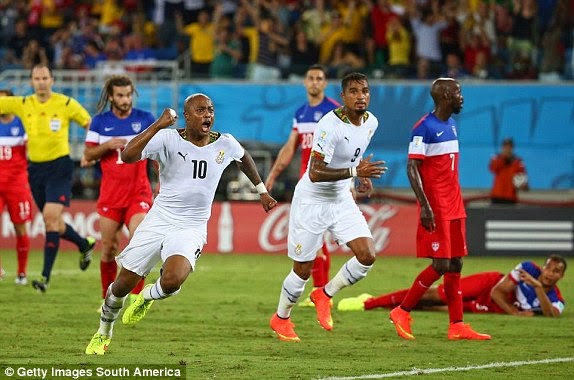 On paper what is the hardest group in the world cup will see USA taking on Ghana in the game which is so crucial for both sides chances of getting through to the knockout stages. Germany and Portugal are in the same group who will play their game earlier in the day. Ghana is widely considered as the best african side in world cup and they will be looking to repeat the success of 2010 world cup.

United States football team under Jurgen Klinsmann has come along way and he has put his faith in youngsters and left out the likes of London Donovan from the world cup squad. Clint Dempsey will be the key player for USA side along with Aron Johannsson from AZ Alkmaar.

USA might start with Dempsey and Altidore upfront while Beckerman, Bradley, Jones and Bedoya should start in midfield. Ghana on the other hand will start with more of a 4-3-2-1 formation with Gyan leading the forward line and Anrea Ayew and Majid Waris playing from the attacking roles with Essien, Muntari and Boeteng playing the central midfiel roles. Here is the predicted lineup of both sides. 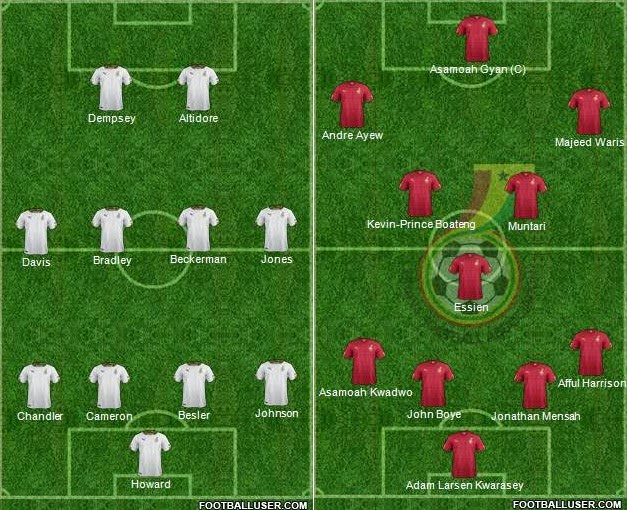 probably the best team from Africa taking on best north american side in a match which is a must win for either side if they were to qualify from this group. A loss in this game will surely end their chances as next two games will be against two powerhouse of european football in Germany and Portugal.

Ghana and USA are meeting in the third straight world cup and in the previous two meetings Ghana were victorios with 2-1 scorline on both occasions. I am going with another 2-1 win for Ghana and they might have a slight chance of upseting the group by making it through to knockouts on the expense of either Germany or Portugal.