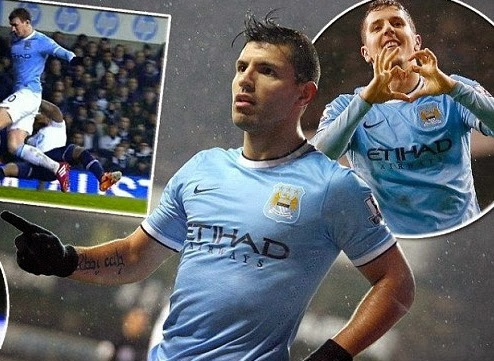 On 29th January 2014, Manchester City traveled to face Spurs in a bid to overcome arsenal in the league and they did just that. Fit again striker Sergio Aguero opened the scoring in just 15th minute of the match and they way City started the game it looked like shades of that 6-0 win against spurs earlier in the season. Just before the break Aguero limped off and was replaced by Javotic.

Second half started where we left off, Spurs struggling to cope with Man City strike force and in 50th minute Danny Rose was sent off and City were awarded a penalty which was converted by Yaya Toure. Edin Dzeko made it 3-0 before Spurs pulled one back through Etienne Capoue.