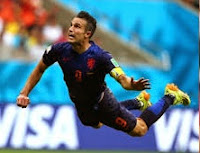 Van Pesie’s famous goal against Spain paved the way back in the game for Holland, This airborn effort from Van Persie went viral immediatly after the goal was scored and It might end up the best goal in the competition overall. 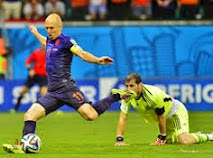 Robben missed couple of sitters against Iker Casillas four years ago in the final of 2010 world cup and but he was not going to make any mistake this time around as he almost humiliated Casillas before poking hom with a powerful left foot. 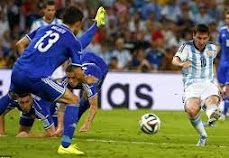 Argetina did not play the best of football in the group stages and on all three occassions Messi provided some spark to open the scoring and his goal against Bosnia has to be one of the best in the world cup so far.

Cahill’s effort immedialty after Holland scored was as good as you are going to get in the world cup this year, A left footed volley on a 40 yarder long ball is stuff of dreams.

USA came from 1-0 down to take the lead against Portugal with a classic drive from outside the box from Jermaine Jones. Unfortunately for USA portugal scored a very late goal to make it 2-2

We were on our way to be biggest upset in the recent world cup histy as Iran hold out Argentina to a 0-0 draw in 90 minutes but Lionel Messi broke Iranian hearts with a trademark goal in the injury time.

Colombia are the surprise package of this world cup, nobody gave them a chance after Rademel Falcao failed to make full recovery from injury and missed out on world cup but boy they prove everyone wrong with a impressive team effort.

A classic dutch counter against Chile lead to a first goal for very promising youngster Memphis Depay who poked a tap in from Arjan Robbens good cross after electric counter attack.

What you think which goal is the best from the group stages of this world cup ? For me the best one is Van Persie Goal and skill vise its Tim Cahill. I would love to hear your views on this.