BBC MATCH OF THE DAY VIDEO

Tiote scored a wonderfull half volley goal with his left leg, but it was a cleared as offside and goal was disallowed, and that is where things got heated.

WHAT THE RULE SAYS

Here is picture of fifa rule regarding offside rule, the picture and the gif of the incident. 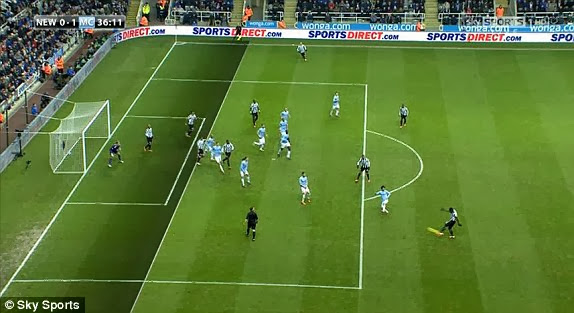 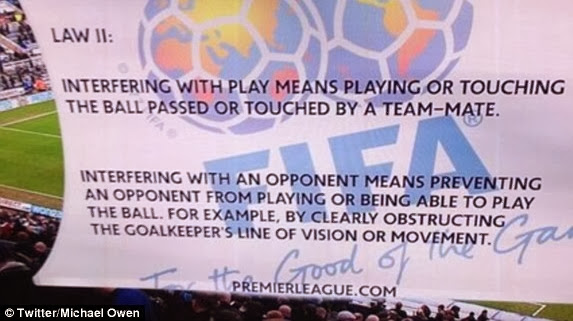 City needed all three points to go clear of the table on Sunday evening match where they took on Newcastle United at St James Park, in their own backyard and it turned out to be a great game of football which could have gone either way. City started with Edin Dzeko and the moved paid off when the scored in the first 8 minutes of the game to make it 1-0 for the away side but there was a huge drama after wards.

Here are a couple of gifs and pictures from the goal itself. Michael Owen claimed it was a goal, man expert believe it should have been a goal but there is another theory which support referee decision.