Switzerland snatched a late victory against Ecuador in their opening world cup fixture, they had to come from behind when Enner Valencia’s goal had given south americans lead, Swiss team turn things around in 2nd half with goals coming from Haris Seferovic and Admir Mehmedi 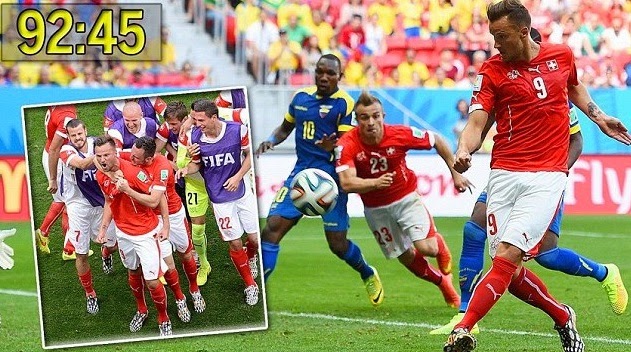 Swiss side started the game on the back foot as south americans used the familiar conditions to good effect when they took the lead in 22nd minute of the match and made 1-0, Enner Valencia was on target, the game finished 1-0 at the break in favour of Ecuador. Inspired substitution Admir Mehmedi was on hand to poke home a goal after ecuador keeper went missing which brought the game back to lever terms. 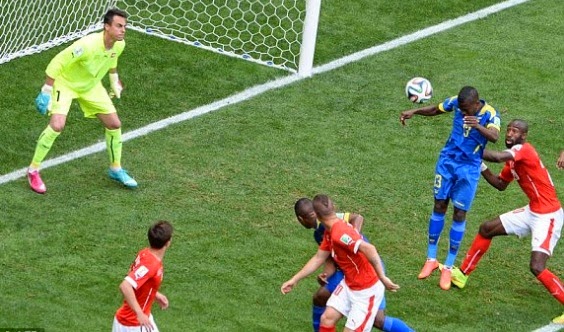 Switzerland will be hoping to start the tournament on a high against a very physical Ecuador side who are playing in very familiar conditions and will going into the game slight favourites on odds. Switzerland made it to their 3rd consecutive world cup finals with a unbeaten record in the qualifying rounds. This will be the first meeting between the two nations on any international stage.

Swtizerland has only conceded 1 goal in their last last 7 world cup matches, which goes to show how hard it is to score agaisnt this swiss side. Ecuador on the other hand had more shots on target than any other south american side in qualifiers. Ecuador dont draw games in world cup, they have played 7 of which won three and lost 4.

Here are the possible starting lineups of both teams, Switzerland like to play with a popular 4-2-3-1 formation which is being used alot on european scene, while Ecuador has many fast players and their strikers can play off the last defender. 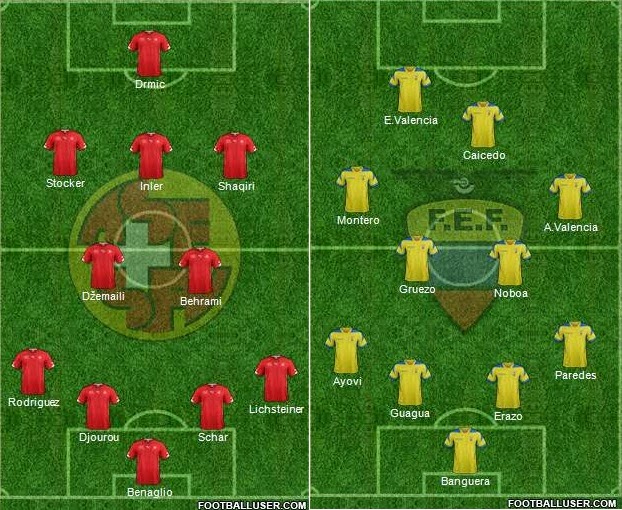 This swiss side is ranked in the top 10 in fifa rankings and they are there for a reason, incredibly hard to beat and they can mix it up with the bog boys as they showed against Brazil when the beat them last year in a friendly and of course that famous win over Spain in world cup 2010.

Ecuador on the other hand rely on their pacy players, they are quite good going forward but its their defence which will be a very as Switzerland has their own fast players in Shaqiri and stocker. I am going with a 2-1 win for Switzerland in this game.