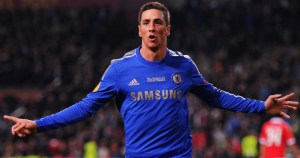 Chelsea went into the new year 3rd on the table behind City and Arsenal, and they were playing against Southampton at St Mary’s stadium on new years day. Chelsea fielded a strong side against a very resiliant saints side who have been picking up points in big games this year. First half of the match was a dull affair where both sides cancel each other out but it all went lively after the break.

Fernando Torres scored the first goal of the match in 60th minute and it looked like all three points for Mourinho side who would go level on points with Arsenal as it looked like Gunners are going to draw level against Cardiff City in the league game on the same day. You can watch the full match highlights and goals video here which are already available but but motd video will be available later in the night.