Sevilla signed the kit suppliers deal with Warrior in 2013 and they have produced the home, away and third kit for upcoming season 2014-15 and the Europa League winners will be playing in the champions League next season as well. Below are the details of all three kits released or leaked so far.

This is the official home kit of Sevilla which was released a week ago. 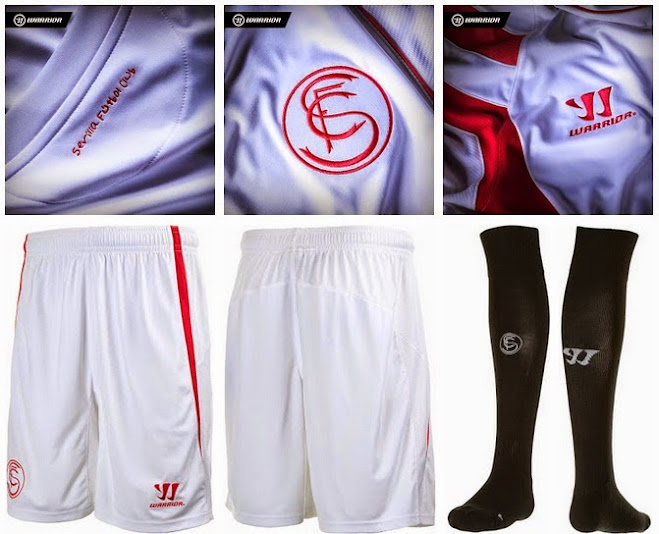 It comes in white as the main colour while we have small details of red colour. With two stripes on the right shoulder and just a very thin stripe design just below the collar in red colour. The shorts of the home kit are matching white with the shirt while Sevilla will wear black socks with the home kit.

This is the recently leaked away kit designed by Warrior will be released before the pre-season matches begin.

This is the new third kit to be used in 2014-15 season by Sevilla which comes in blue as the main colour with yellow application across the kit. 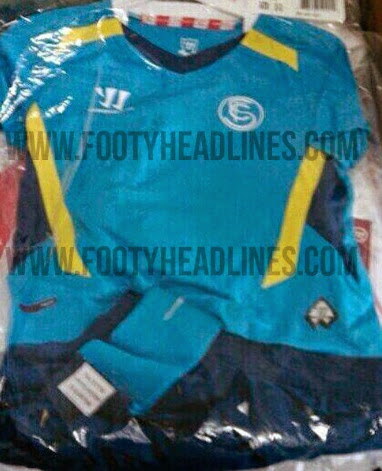 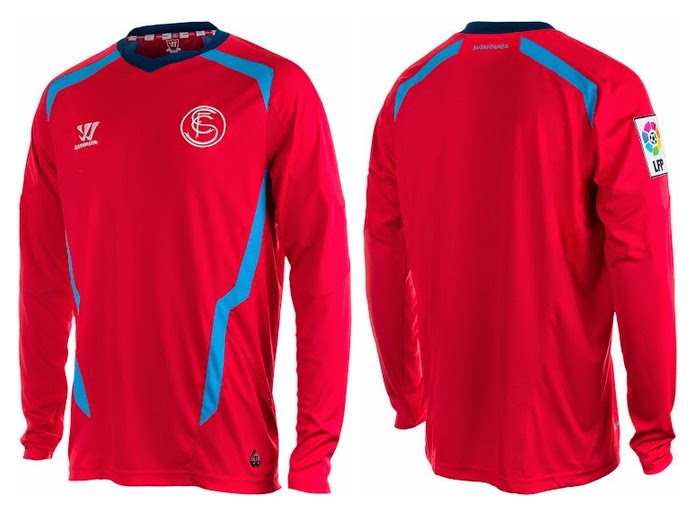