Real Madrid defeated Atletico Madrid in the UEFA Champions League final over the weeked and made history by winning their 10th European crown and the long wait for “La Decima” is over. Statisticly it took way more time for Real Madrid to win their 10th Champions League as they are the highest spending club in the last decade.

Real Madrid spent around $999 million since they won the Champions League last time in 2002. But its better late than never, after winning the Champions league they celebrated in style with a special bernabue trophy celebrations on Sunday night and most of the players were wearing unique La Decima kits and now Adidas has official released these special commemorative T-shirts.

Adidas released two sets of shirts, first is specialy designed “commemorative T-shirts” with big 10 number on the front comes in white and black colour while there is normal real madrid match shirts with La decima text and 10 number at the back. 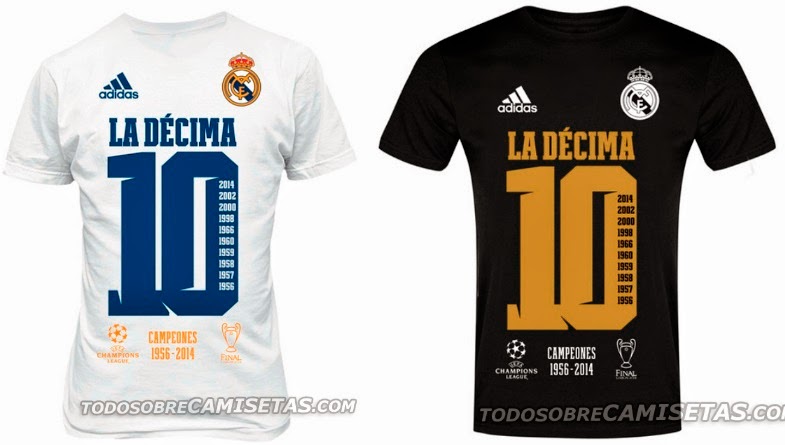 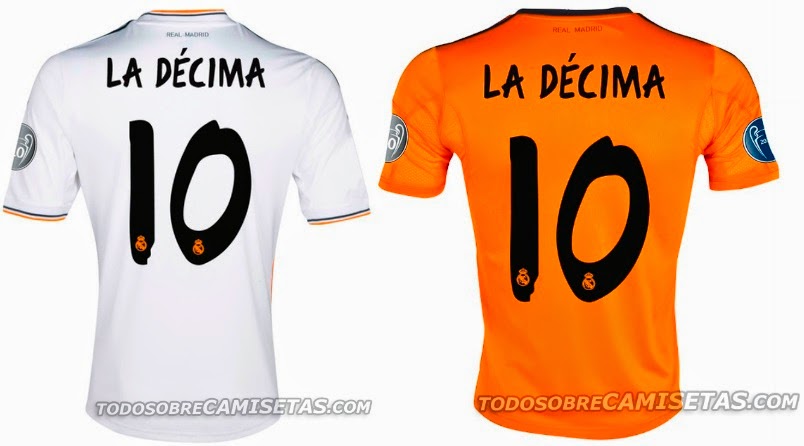 What you think of this intiative and as a Real Madrid fan will you buy one of these ? do let us know in the comments below.