Real Madrid took on city rivals Atletico in the Champions League final in the search for their 10th European crown, having spent more than $1billion on players transfers since they won the Champions League last time, they went into the today’s final slight favourites. The game was played in Lisbon stadium, the real home of Real Madrid super star Cristiano Ronaldo who started his professional journey here. 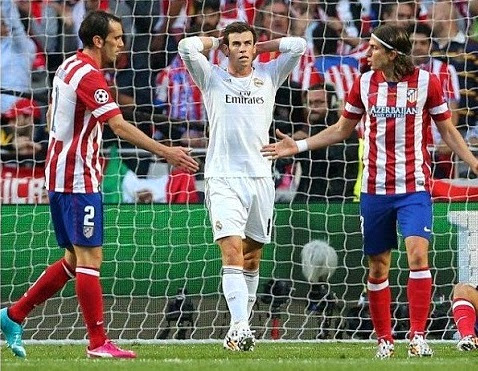 The game started with both sides nervous on the ball and there was not much between the two in the opening half and hour, it took a silly mistake by Thiago in the midfield who’s lose ball was picked up by Gareth Bale and he ran in trademark style in the penalty box but his final shot was off target. That was a very important miss in the game because soon after that Atletico got hold of the game and scored through their defender Diego Godin. 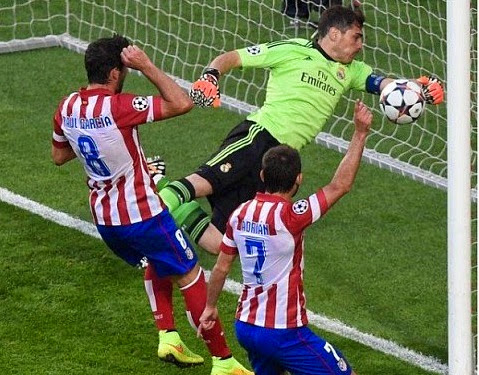 It was his 2nd goal in as many games, couple of weeks ago he scored against Barcelona to help Atlitco draw level against Barcelona which ultimately result in them winning the Spanish League and he was at it again with another goal on a even bigger stage. After that Goal Atletico kept playing quality football and they did not allow Real Madrid any time on the ball. 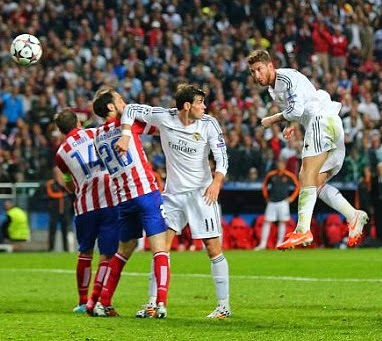 Sergio Raoms saved Real Madrid and most importantly Iker Casillas blushes with a great header goal on corner in the 90th minute of the game to make it 1-1 and take the game to extra time. It was Gareth Bale who scored yet another winning goal in the Cup final. Di Maria had a free run on the left flank his shot blocked by keeper and setup nicely for Bale who slotted home with easy header to win the 10th Champions League title for Real Madrid.