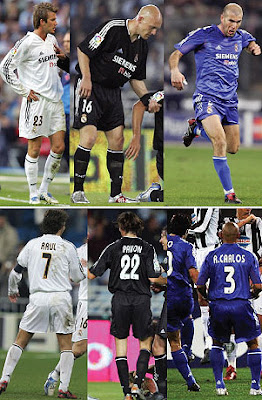 Starting 2003-04 season, the Real Madrid line-up Real Madrid seemed very, very solid, The club just picked up David Beckham, adding him to an already potent lineup that included Roberto Carlos, Zinédine Zidane, Ronaldo and Luis Figo. The team embarked on a summer tour in Asia, for 18 days, It included exhibition matches in Beijing, Tokyo, Hong Kong and Bangkok, which alone earned the club 10 million euros. Under the Portugal coach Carlos Queiroz, Real Madrid came in fourth in La Liga, seven points behind first-place Valencia, they lost to Real Zaragoza in the final of Copa del Rey and lost in the quarterfinals of the UEFA Champions League. 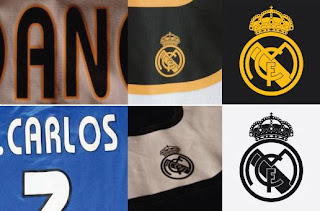 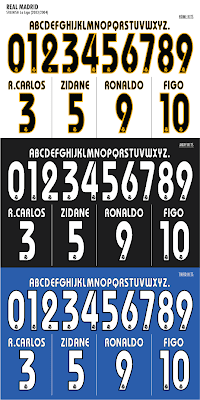 Real Madrid 2003-04 have three Adidas kits with the Siemens Mobile as the sponsor on the shirt, The same design font also was worn on the team kits through season 2005.