Nike signed a kit supplier contract with Queens Park Rangers a couple of months ago and since they have been promoted to the premier league, Nike today released the official all three home away and alternative third kits. Following are more details.

This is the new but traditional home kit for QPR for premier league 2014-15 season. 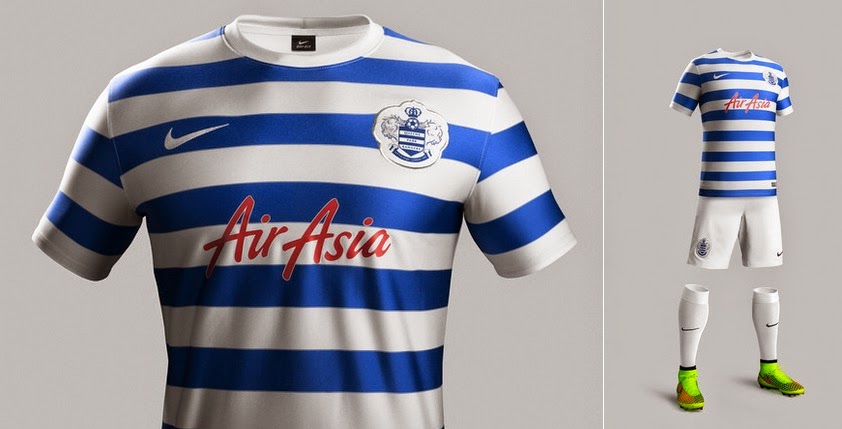 The new home kit comes in tradtional white and blue hoops colour and design, the collar of the kit is simple round the logo of sponsor AirAsia is in red colour while nike swoosh is in white. The shorts and socks of the home kit comes in white colour.

This is the new red away kit which comes in red and black vertical stripes design. 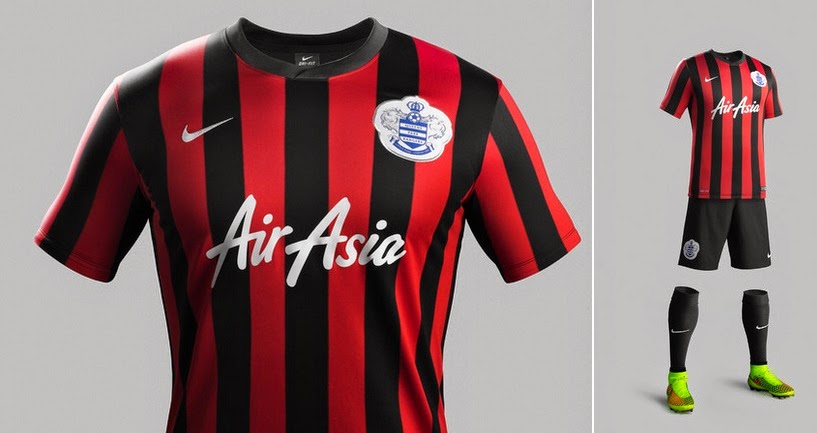 The away red/black kit comes in vertical stripe design with small v-shaped colour while logo of QPR, Nike and sponsor all are in white and the shorts and socks will be black.

This is the new QPR third kit comes in all white colours. 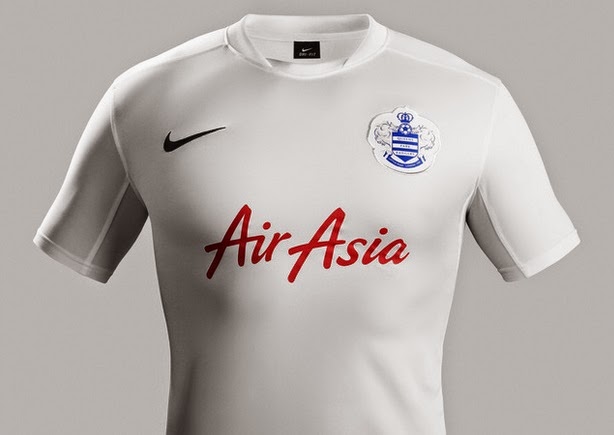 Comes in with all plain white colour with red sponsor logo and red nike swoosh and shorts and socks will also be white.