English Premier League will be back after the FA Cup games, we will have a full matchday during the week days and the one fixture every one will be looking forward to is Liverpool playing against local rivals Everton for the bragging rights in terms of top 4 finish. Both teams are having great season considering their resourses and expectations before the start of 2013-14 season, both have played 22 games and their is just 1 point different as Liverpool are 4th with 43 points while Everton are 6th with 42 points.

Looking at previous big games these are possible lineup which managers might go with for both sides. 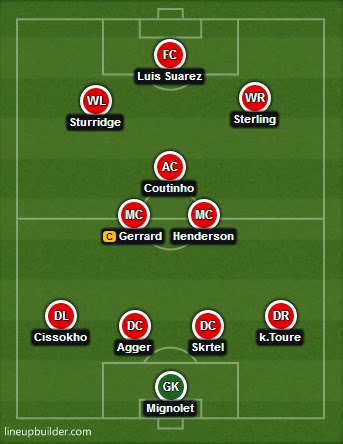 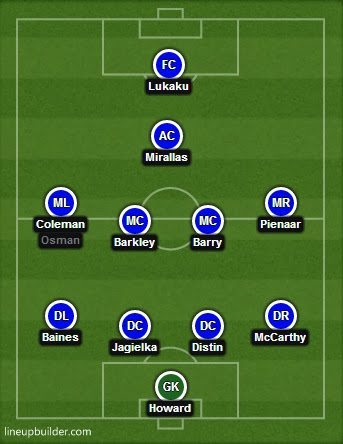 Liverpool will be without their first choice right back Glenn Johnson for quite sometime now and they will have to use Kolo Toure as makeshift right back. Sturridge and Suarez will start upfront with Coutinho gerrard and henderson playing in the centre of the park. Sterling might get a nod ahead of Victor Mosses who scored in FA Cup tie. Daniel Agger and Skrtal are expected to start as centre backs.

Everton are playing some solid football at the moment and the fielded quite a few young players against Stevenage in FA Cup, giving their players much needed rest. Now Lakuku will start upfront on his own, while Mirallas is expected to play in the hold, Barkley and Gareth Barry should start in central mifield.

A very tough game to predict, earlier in the season Everton hammered Liverpool in the first half at Goddison but they leaked a couple of late goals to end up drawing. Liverpool are playing solid football going forward sepcialy at home and that should make them slight favourites but Everton under Roberto Martinez are a tough team to break down. I am going with a 2-1 away win for Everton. Liverpool’s defense is not as good as Evertons.