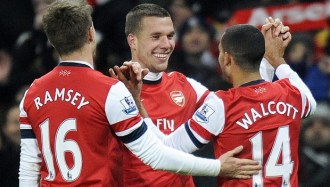 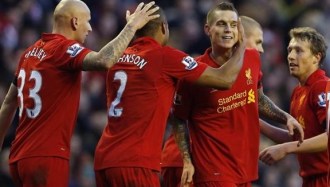 Premier League is getting into the most important phase of the season, with title race and the top 4 finish placed are hotting up and this week we will have another big game with Arsenal visiting anfield on saturday early kickoff against Liverpool which might very well be crucial in the title charge of gunners. Arsenal of course are defying the odds this season and they are still leading after 24 games has been played, just 2 points ahead of city and Chelsea. This game against Liverpool is a must win for them to keep the momentum.

Here is the possible starting lineups of both teams, Liverpool are missing key personels in defense while Arsenal are short on central midfield players. 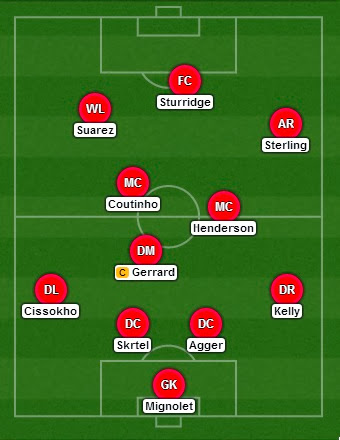 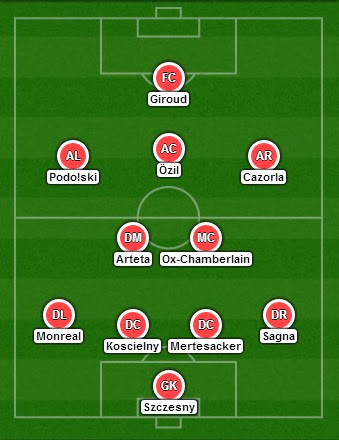 Liverpool has kind of shortage of defenders going into the Arsenal game, they might be missing Danial Agger, Glenn Johnson and Jose Enrique all of whome are first choice players. On top of that Kolo Toure’s west brom back pass will give Rodgers headech while selecting starting lineup. Though front three and midfield should stay the same like last week.

Arteta and Ox-Chamberlien got a few niggles against Palace but according to reports both should recover, while there is news that Jack Wilshere might make his comeback to starting lineup and that will be massive with Ramsey injured. Arsenal might go with Rosicky in place of Podolski in starting lineup.

Arsenal have been sensational, but they do have this tendancy of losing against bigger teams. Liverpool on the other hand are a tough team to play against this season, due to unpredictability attach to their defense and attack. Liverpool are playing at home should go for a win but Arsenal are having such good season even without their key players missing they should win against Liverpool who will have a makeshift defense. It will be an open game where Arsenal should pervaile 3-2 in high scoring match.