Players Get Paid to Play For National Teams ?

The other day I was writing this article on players club wages being too high, so a certain question came to my mind “do footballers get paid to play for National side” of course they do. But how much they get paid ? so I went ahead and researched the question and its a very interesting reading.

Do Footballers Get Paid to Play International Matches ?

The vogue answer is “YES” but the salary to be part of international squad is different from federation to federation. The first thing to be noted here is that Federations pay footballer a certain match fee which depend on how important a game is but one thing is for sure its no way near what top players make with their clubs. Most of the big European Nations players donate their match fees to charities. 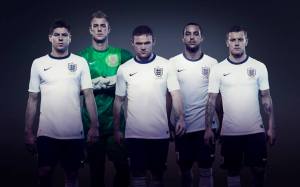 Rio Ferdinand was on record saying that English players do get paid match fee for playing in international matches but they donate the money to good causes. According to him the match fee is not much.

Back in 2012, English FA made a structured match fee formula where they were paying players who were part of the playing XI, £1,500 for a win, £1,000 for a draw and £750 for a defeat. Though England players decided to donate all the money from England match fess to “England Footballers Foundation support Cancer Research”

Though when it comes to big events like World Cups and Euro’s almost all the FA’s promise their players a certain big amount if they win the trophy. Again in Euro 2012 English FA promised each player £100,000 if they win the cup. Germany offered £250,000 each for winning Euros.

English FA has decided to give each England player in the squad a hafty £650,000 each if they win the FIFA World Cup 2014 in brazil. United States on the other hand has set the bar even higher. US Stars will pocket $1 Million each if they win the trophy and that is 23 Million in bonus for winning the world cup.

Is There Any Salary Cap By FIFA ?

No, how much a federations pay their players is totaly their own decision. FIFA has nothing to do with it. FIFA pays money to federations for participating in tournaments orgnized by FIFA.