Pele vs Maradona Comparison Who is the Greatest ?

Timix Patch > Blog > Pele vs Maradona Comparison Who is the Greatest ?

Lionel Messi has the best chance of his career to guide Argentina to world cup glory as they will be playing 2014 world cup final against Germany, I am sure if Argentina win this world cup the debate about Messi being the best player in the history and he will rank side by side with the Pele and Maradona. But today we are going to take a look at some of the statistics and details to decide who was the better footballer between Maradona and Pele. 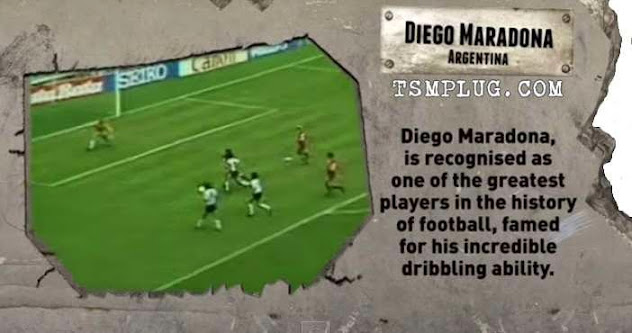 Diego Maradona is recoginzed as one of the greatest footballer in the history,  his dribbling skills are regarded as the best ever and his finest hour came in 1986 world cup when he guided his national team Argentina to world cup glory. He scored couple of great goals and one against England was regarded as the “greatest goal of the centur” 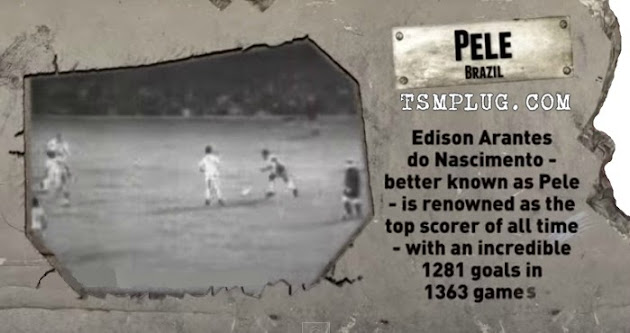 Pele on the other hand was part of Brazil squad which won 3 world cup titles and he is also regarded as the top goal scorer of all times with 1281 goals in 1363 matches.

But how can we judge who was the best player of all times ? well there are a few points which we can discuss and try to come to some sort of conclusion.

Below is the statistics from the official games both players have been part of, but unofficial numbers vary from different sources. 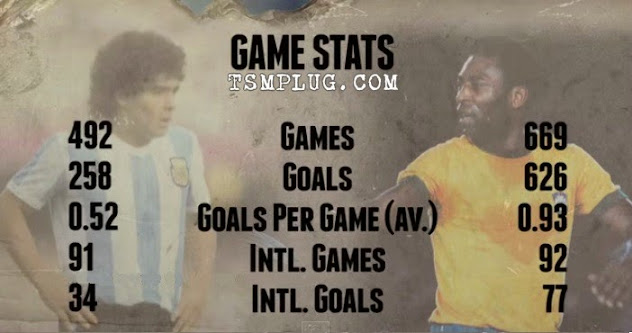 Although Pele’s career record will always be in dispute as he played all his career in Brazil and couple of years in United States. But his claimed goal tally of 1281 goals is widely disputed and often a target of jokes. Quite a few of Pele’s goal were scored for Santos in local championship matches where the opposition was not up to the standard. Having said that his 77 goals for Brazil in just 92 matches which include 12 world cup goals is the true reflection of his goal scoring ability. Only downer is the fact he never played in europe which is considered more competitive football than anywhere else.

On the other hand Maradona’s goal tally is pretty impressive as well, he has scored 311 goals in 592 matches in his career while 34 goals for Argentina in 91 matches where 8 of those international goals came in World Cups. But only goal record can not be taken into consideration while arguing who was the better footballer. Both Pele and Maradona step up their game when it really mattered.

The following image shows the honours and titles both players have won in their careers. The big difference is of course Pele winning three world cups to only one of Maradona. 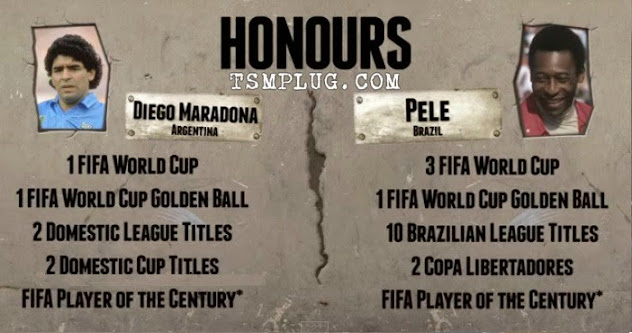 So many will argue that Pele has won more world cup it means he was the greatest footballer. But that does not reflect the clear picture. Pele was part of the greatest Brazilian side in 1970 and we can safely say that Brazil would have won the world cup in that year even without Pele. While Maradona almost single handedly guided a very avergae Argentina side to world cup glory, while his heroics with Napoli when he played a huge part in clubs title winning seasons.

When Napoli signed Maradona around 75 thousand fans gathered to welcome the star and Napoli won their first league title which was widely due to Maradona’s consistant performances. He also guided them to UEFA Cup victory and another league title in the Era where teams like Milan, Juventus, Inter Milan had a strangle hold of Italian football. So winning league titles with Napoli and guiding them to two runner up places is something which seperate Maradona from Pele.

We will update this post with more analysis of this great football debate, untill that do your part by voting for your choice between the two greatest footballers to have ever lived.