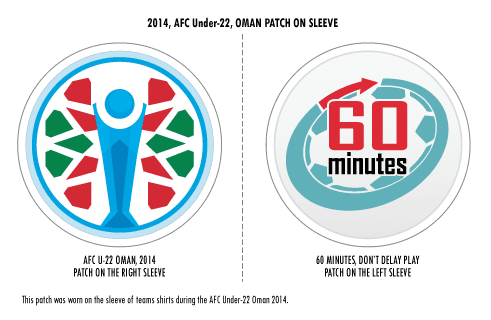 The second patch on the left sleeves, its ’60 Minutes – Don’t Delay. Play!’ campaign,in an effort to reduce time-wasting and encourage more playing time. The
’60 Minutes’ campaign begin on December 10, 2013, during the AFC Champions League and AFC Cup draws and will culminate with the AFC Asian Cup 2015 in Australia.