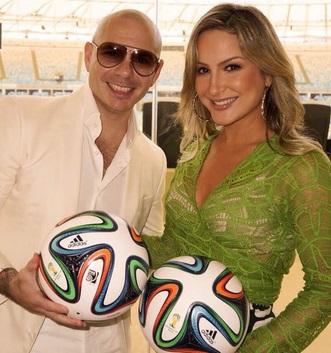 The song is decent, nothing special imho, and it will be sung during the opening ceremony of FIFA World Cup 2014 in Brazil. In the last world Shakira’s “Waka Waka” was somthing special and till today if you listen to that song you feel the de ja voo of African world cup. Now this one for Brazil is no way near of those special songs like Ricky Martines 98 version of “Cup of life” or Shakira’s Waka Waka.

Below is the audio version of the song so listen to it and we would like to know what you think, do this song deserve to be the official world cup song ?