The official Nike “The Last Game” short Animated film has been released which is part of #riskeverything campaign ahead of the fifa world cup. 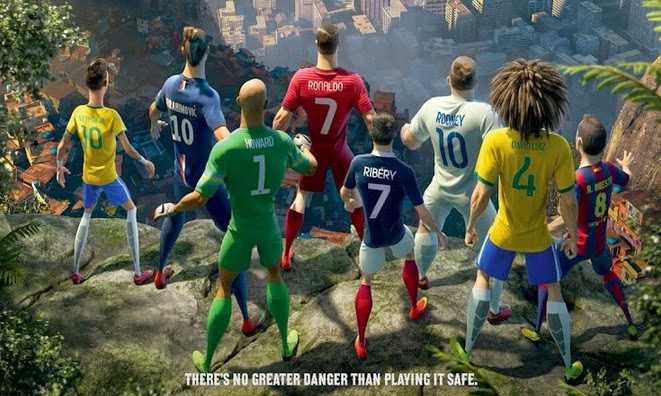 Nike are seem to spedning alot of time and money on their world cup advertisement campaign this year, just today they have released the official “The Last Game” short animated film which features many football stars in animated version.

The short fild feature many top footballers who endorses Nike with the Likes of Ronaldo, Zlatan, Rooney, Ineista, Neymar and Ribery they are seen fighting against their very own clones who has kind of taken over the world of football.

The message of the video is “there is no greater danger to football than playing it safe” while Nike were able to showcase many of their new products like new boot series and world cup kits during the 5 minutes video.