Southampton FC will be playing in the english top flight football league and they have released their home kit for 2014-15 season, interestingly they don’t have any contract with kit producers so club will be making their own kits for the coming season. below are the official released pictures for Southampton home kit.

This is the new brandless home kit for Southampton which will be used for only one season. Southampton-Adidas contract was canceled.

The Traditional stripe design is back with Red and white stripe making up the front of the shirt, the collar is small V-sapped while there is a text “Saint” at the back of the shirt.

The shorts of the kit will be black with red and white application while the socks are also red matching with the shirt. The kit is already released and you can pre-order at the official Southampton FC Store.

This is the new dark blue homemade Southampton 2014-15 kit which comes in two shades of dark blue. 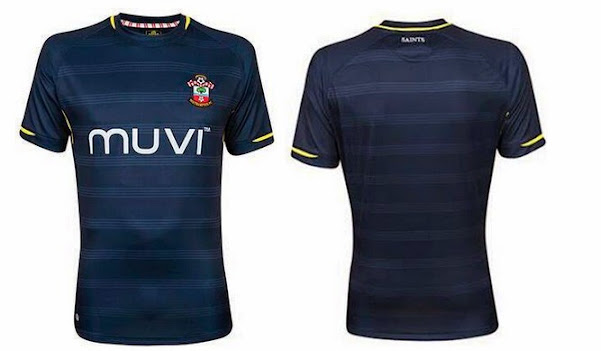 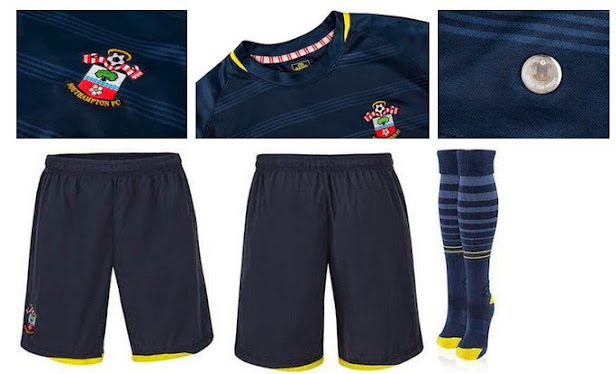 Southampton will be released their away kit before the start of pre-season which will be at the end of July while another kit is likely to be released for the alternative away games. once we get any info (leaks or details) we will update this post. Untill than check out all the 2014-15 kits from teams around europe on one page.