Today we bring you the newly released home away and alternative Fiorentina Shirts for 2014-15 seasons which were unveiled today. The kits are designed by “Joma” and already available for pre orders. Below are the details of all three kits.

The new home kit comes in purple colour with golden application. with a simble design, the kit pictures don’t have any sponsor logo as Fiorentina’s previous contract with Mazda has expired.

The design is same like the home kit only white colour replaces the purple and Purple is used in the application. while the collar is small round shaped. 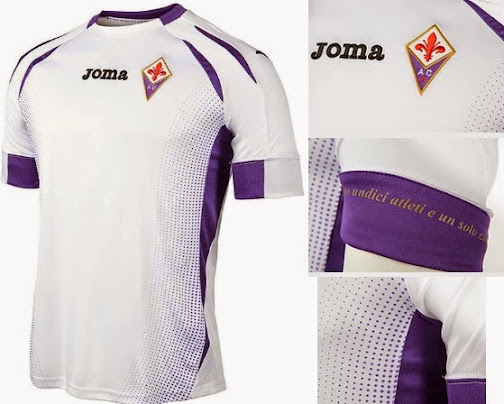 The new black third kit which will be used in european games was also released and it features a simple black design, with golden and purple colour application. Kit manufacturer “Joma” logo is placed in the middle in all three kits in bold font. 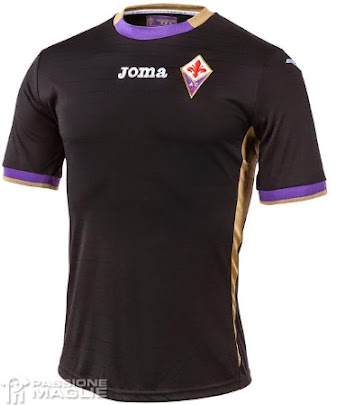