Everton gave it a very good go to finish in the top four of the premier league but they fell short in the last couple of weeks, they will be hoping to qualify for Champions League places next season. Their new home kit for 20115 season has been leaked online and the kit is made by Umrbo with homeEverton signed a kit suppliers deal worth £6m per season for next 5 years 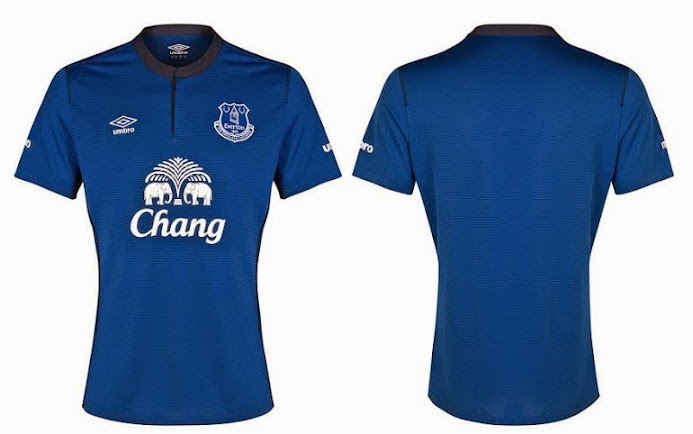 Everton today released a new black kit for 2014-15 seasons which will be used in the away games, it comes with a black colour and white application. 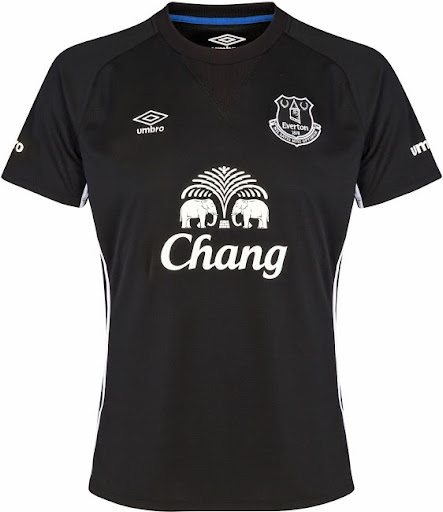 This is the new home kit for Everton for the upcoming season, the official release date is set for 25 june 2014.

The new home kit comes with a traditional blue design with white application of logos and sponsors. The shirt features a round next collar in darker blue colour while it also feature a new logo replacing the one used in 2013-14 season.

A closer look at the fabric of the kit shows that there are very thin hoops design in blue and dark blue colour. The shorts and socks will be white with black colour umbro and everton logo.

According to official Everton website the home kit will be released on 25 june 2014. while we can expect the away and alternative shirts to be released during the pre-season matches.