Premier League side Aston Villa’s 2014-2015 home kit will be released on 2nd June 2014 and they have released a reaser video showing the glimps of the kit. We dont have the actual kit image through we do have drafted kit image which is seen on (astonvilla forums).

The Below are the officialy released home kits for Aston Villa 2014-15. They will be sponsored by Dafabet Again. 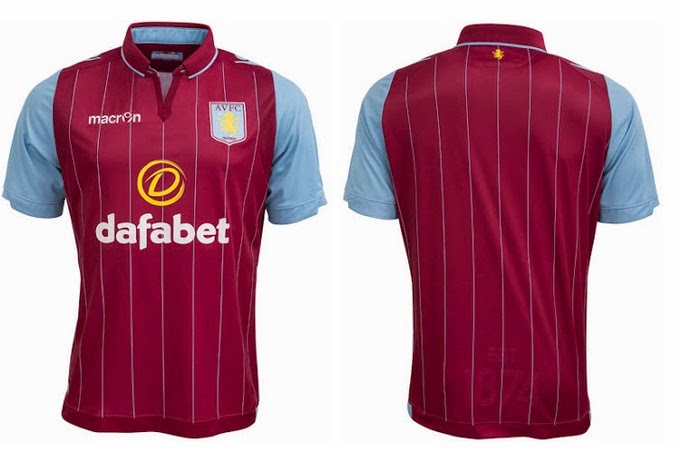 Above are the Aston Villa new macron 2014-15 kit mocked up design, they are pretty accurate and you can expect the new official kit to be similar to those one above which will be released on 02 June 2014. The home kit comes in traditional colours with vertical stripe design the shorts of of the home kit are white while socks will be Blue.

This is how the new Villa away kit will look like for 2014-15 premier league season. 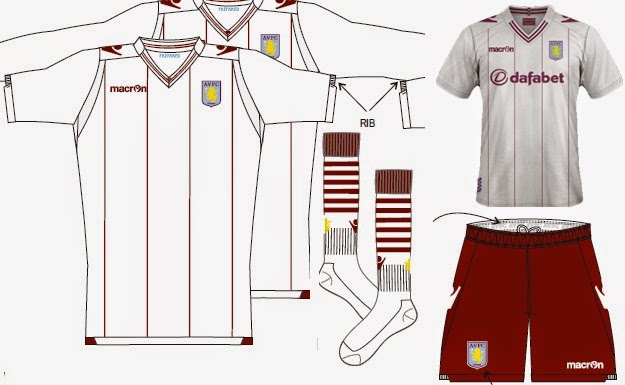 The away kit comes in white as the main colour with pinstripes on the front of the kit, the shorts of the away kit will be red and socks will be white with red black application on them.