Dutch club Ajax Amsterdam is by far the most successfull club in Holland and they have huge pedigree in european football as well. Today Adidas released their home and away kits for upcoming season 2014.

This is the new home kit for Ajax which comes in White/Red colour application.

The new home kit comes in mainly white colour with one big vertical stripe at the centre of the kit. While we get a polo style collar and three tradtional adidas stripes on the shoulder of the kit.

This is the new Blue/green away kit for Ajax Amsterdam for the season 2014-15. 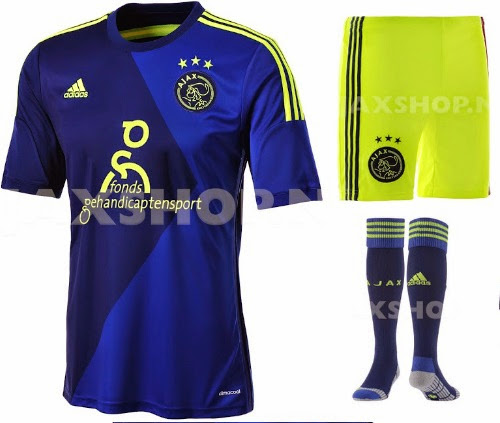 The away kit comes in main colour of Blue with another shade of blue applied across the kit. while Adidas logo and stripes on shoulders plus the Ajax crest are in electric green colour. The collar is small round and we have striking yellow colour shorts while the socks are matched with shirt.