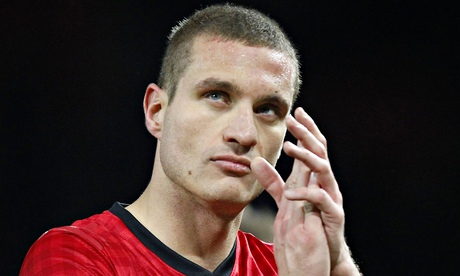 Internazionale have announced the signing of the Manchester Unitedcaptain Nemanja Vidic for next season.

The Serie A club had been widely touted as the likely destination for the Serbia centre-back since it was revealed last month that he would leave Old Trafford at the end of the season.

Inter’s president Erick Thohir called the signing “crucial” for his team, telling the club’s website: “Vidic is a great champion. I am extremely satisfied with the completion of this agreement that will bring Nemanja to Milan.

“He is one of the strongest defenders in the world, for his characteristics, his international experience, his charisma as a leader will be crucial for the team and the growth of our younger players.

“He will add value to the club and will be another pillar for the construction of a great Inter. Finally, I want to thank Manchester United, Nemanja and his entourage for his availability and the professionalism shown during the negotiation process.”

Announcing his decision last month, Vidic said: “I have had eight wonderful years here. My time at this great club will always rank as the best years of my career. I never could have imagined winning 15 trophies and I will certainly never forget that fantastic night in Moscow [winning the Champions League], memories that will live with me and the fans forever.

“However, I have decided that I will move on at the end of this season. I want to challenge myself again and try to make the best of myself in the coming years.”

The loss of Vidic, who captained United to their historic 20th championship last season, underlines the major rebuilding job David Moyes has to undertake in the summer.

Vidic has won five FA Cups, one Champions League trophy and a Club World Cup during his eight-year spell with United, and has started in 18 Premier League games and four Champions League matches this season.