Manchester United will take on Everton in the premier league game, which is a important home match where United can not afford to drop points. Everton has taken more points off United than the likes of Tottenham, Arsenal and Liveprool when it comes to premier league so Everton are pretty much a modern day boggy team for United. here is a short match preview and match highlights post.

Louis Van Gaal has quite a few injury worries and we can expect United to go into the match with a makeshift back line yet again and everton will be the first team United will face who finished in top 6 last season. Last season Everton won against United at Old Trafford and this is one fixture which will give alot of headech to Louis Van Gaal.

Everton are not playing on top of their game at the moment as they fail to reach the performance level of last season in the opening six matches.

United will be without Wayne Rooney who got a straight red card and will be suspended for 3 matches which means Juan Mata is set to start in they whole behind Robin Van Persie and Rademal Falcao. Marouane Fellaini is fit enough to be on the bench while youngster Paddy McNair is set to start his second consecutive game in Unite shirt. 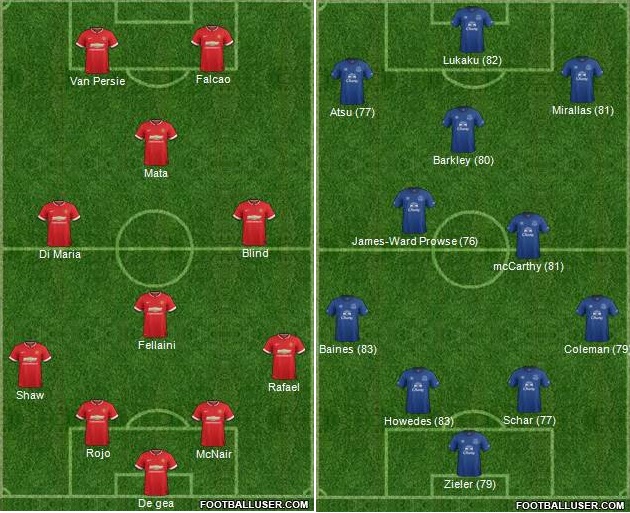 How to Watch Everton vs Man Utd Live Online:

The game will be televised on BT Sports come this Sunday afternoon at around 12:00 Uk time which is an early kickoff. We will be placing BT Sports Live Streaming right on this page 1 hour before the kickoff plus a couple of alternative links to other channels will also be added before the game gets underway. So check back at around 11:00 Uk time to get live action starting with pre match build up.

Once the game is over we will place goals videos and match highlights after the match. plus extended BBC Match of the day highlights which will be available later in the night.