defending champions Manchester City took on Sheffield Wednesday in the Capital One Cup tonight and they ran out with a comfortable 4-0 win with Lampard, Dzeko, Navas and Y.Toure on target for the holders. 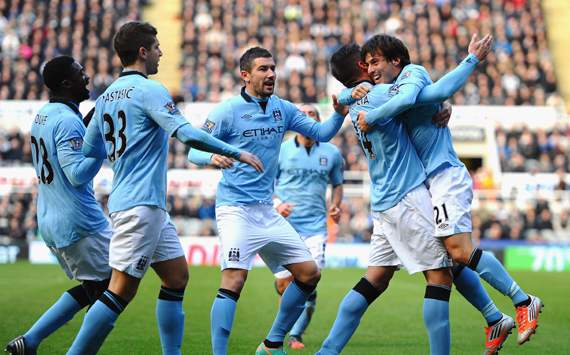 Frank Lampard opended the scoring for Manchester City in their midweek capital one cup tie just after the break while two quick goals from Dzeko and Navas in two minutes end any hopes of Sheffield making any comeback into the game.

A red card for Sheffield player followed resulted in a penalty which was converted by Yaya Toure who made it 4-0 for City in 60th minute. Jesus Navas goal was his first since he scored in the final of Capital One cup last season while Lampard scored in second cosecutive game for Manchester City after his equaliser the on the weekend against Chelsea.

You can watch the extended match highlights of this game plus goals videos which will be available shortly here, check back after the final whistle to get full match highlights.