Liverpool inflicted the worst defeat for spurs at white hart lane, and climbed 3rd on the Premier League table 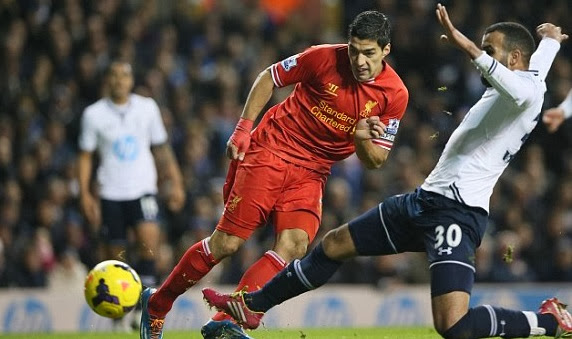 Tottenham Hotspurs vs Liverpool Preview:
In the Premier League match on Super Sunday this weekend we will have Tottenham Hotspurs taking on Liverpool in what should be a massive game this weekend. Currently Liverpool sit 2nd just behind Arsenal in the premier league standings, while Spurs are 6th but the points difference between Tottenham and Liverpool is just 3 points. So Spurs have a great chance of reducing the gap at the top of the table specialy if Arsenal drop points. While this game is very crucial for Liverpool as it will purely reflect that they are ready for the title challenge or they will struggle to keep their early season form ?

Spurs have turned their form around if we look at few of their last games, they have drawn only 1 game in the last 5 matches winning 4 of them and two back to back wins in Premier League has kind of put them in a very good position where if they keep their focus and go on a good run they can establish themselves among the top 4 at the moment.

If we look at the last 5 matches between the two sides we can see that there is not much between two very much evenly matched sides. Spurs have won twice while Liverpool got 1 win. 2 matches has been draws, so going into the next match its a 50/50 call, Spurs have the home factor while Liverpool pose a suarez threat who is in rich vein of form at the moment. If Suarez has anywhere near a good game of his standards Spurs will be in trouble but I can see spurs getting a narrow win here mainly because Villa Boes and his side are getting their act together now.