Probably the biggest game in the premier league 2014 season where 3 teams chances of winning premier league title is at stake, Liverpool will host Chelsea on Sunday, 27 April 2014 at anfield and this is pretty much a title decider. If Liverpool win this match they will have a firm grip on the title with only 2 more games to play for, If Chelsea can get a win it will open up the title race where any of the three teams involved might go on to win the League.

This is how the premier league table looks like going into the big super sunday clash between Liveprool and Chelsea.

Chelsea are down to bare bones in terms of playing XI against Liverpool on Sunday, they will be missing Cech and Terry through injuries, Eden Hazad might not be risked considering they are playing on Wednesday. Samuel Eto’o might be fit. This is what Mourinho has to say about Sunday’s team selection.

Mourinho ” I will play the players who are not playing next wednesday, the fact we are playing on sunday is a problem.”

Possible Starting Lineups of Both Sides:

Liverpool are most definately will be going with their strongest squad, Sturridge and Suarez leading the line while Mourinho will keep us guessing till the last minute about the starting linup. This is the predicted lineup for both sides. 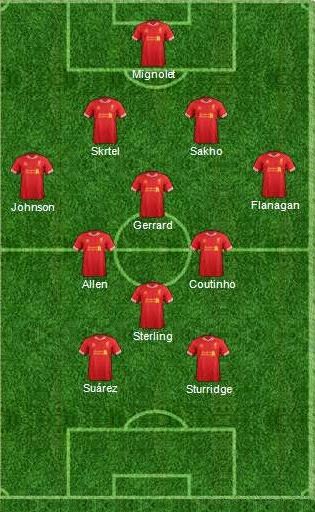 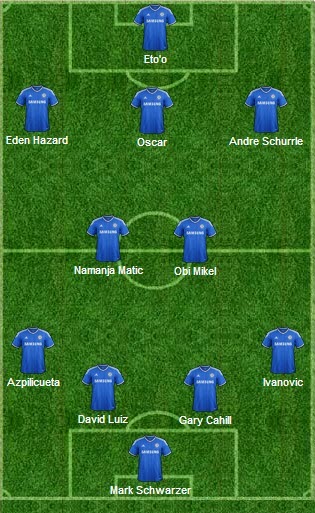 There is alot of talk that Jose Mourinho might go with a 2nd string lineup, but he won’t take that risk. If he field a under strength side against Liverpool and lose, and also lose fail to qualify for final he will be under massive pressure so in my opinion mourinho will keep us guessing of the team he will choose but in the end he will field as strong side as possible. I am going with massive prediction here, I think Chelsea will win this game with 1-0 scoreline. But Liveprool will still win the league.