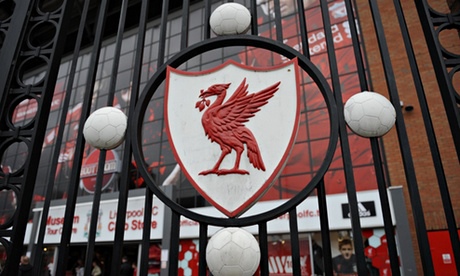 Liverpool made a £50m loss in the 2012-13 financial year, according to the club’s annual accounts. The figures, for the year to 31 May 2013, show that the club made an operating profit of £15m but were pushed into the heavy loss by the writing down of players’ contracts, an accounting requirement, and a £13m loss on the sale of players.

The £50m loss, which follows £41m reported for a ten-month period to 31 May 2011, appears to put Liverpool’s total loss very much higher than the €45m (£37m) total permitted by Uefa for this two-year period under its financial fair play rules. The club, which stated that the figures show it is making “good progress” financially, did not comment on whether it is likely to be considered in breach of FFP when Uefa assesses clubs in the next two months. The rules do, however, include exemptions Premier League clubs expect to rely on in order to pass, including expenditure on youth development, stadium and other infrastructure, which Uefa encourages, and an allowance for players’ contracts entered into before the rules came into force in 2010.

The accounts predate the summer signings, which included Simon Mignolet for £9m from Sunderland and Mamadou Sakho, £18m from Paris Saint-Germain, and the £15m sale of Andy Carroll to West Ham, for whom Liverpool paid £35m in the early months of ownership by the Boston-based Fenway Sports Group. The total net spending on these players to augment Brendan Rodgers’s squad was £53m, the accounts state.

FSG in 2012-13 made a loan to Liverpool of £47m to repay a £38m loan taken out to develop stadium plans, and reduce bank debt by £9m. That was in addition to the £22m FSG had, net, loaned to give ballast to the club’s finances since it took over from Tom Hicks and George Gillett in 2010, taking FSG’s outstanding loans to Liverpool to £69m. The £200m the club owed to Royal Bank of Scotland at the time of the bitterly contested takeover was paid off by FSG effectively as the price of taking over the club.

The club’s income showed a relatively modest increase to £206m in 2012-13 from the £169m reported for a ten-month period to 31 May 2011 in the previous accounts. That was mostly accounted for by significantly increased commercial income, up from £64m to £98m due to sponsorship deals, which are a priority for the managing director, Ian Ayre, under FSG’s ownership. FSG has from the beginning of its ownership been focused on the worldwide following Liverpool have, and is intent on pursuing the international multiple sponsorships pioneered by Manchester United.

Liverpool’s wage bill, £132m, was not excessive for the current financial size of the club, representing 64% of turnover, towards the upper end of what is generally considered healthy. Nor does that scale of pay, mostly to the players, put Liverpool in the top bracket of Premier League clubs. Manchester United, who won the title in Sir Alex Ferguson’s final year, paid £181m in wages in 2012-13, while Manchester City’s wage bill under the ownership of Sheikh Mansour of Abu Dhabi was £233m, more than £100m in excess of Liverpool’s.

The highest paid director at Liverpool was paid a salary package of £1.035m; it is presumed to be Ayre, as he is the only full-time director on the board of the club. The other directors are John Henry, Tom Werner and David Ginsberg, all of FSG, which owns the Boston Red Sox baseball franchise, and Michael Gordon, who founded the Vinik investment firm in Boston and is also a Red Sox board member.

Ayre praised FSG as “smart investors” who continue to invest in Liverpool, with loans, “to realise the true value of their investment long term”. He also said that with the much-improved performances on the pitch under Rodgers and increasing commercial income, the club is heading towards financial stability, although the 2012-13 figures show the deficit from not competing in the European Champions League.

“These results demonstrate that the financial health of the club continues to make good progress,” Ayre told the Liverpool Echo. “We have taken a measured approach to bring back financial stability to this great club by ensuring it is properly structured on and off the pitch.”