The French World Cup 2014 home kit has been made by Nike and was officially sneaked on 19 November, 2013 by Les Bleus, shortly after their stunning 3-0 second leg win over Ukraine at the Stade de France, that saw them qualify for the World Cup. 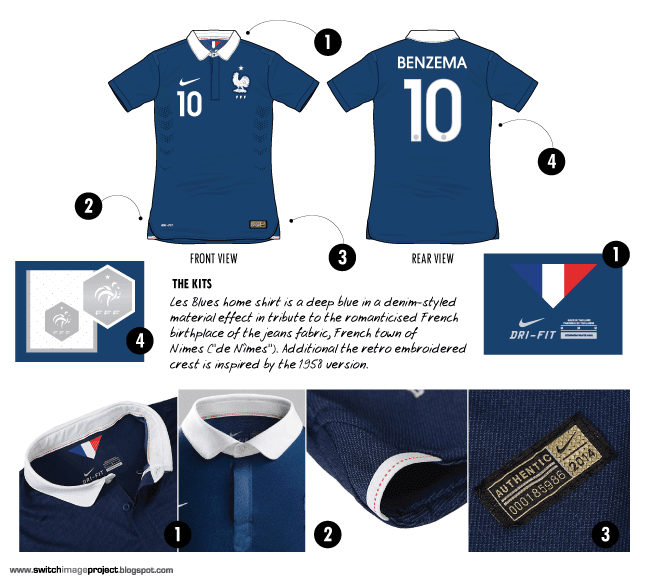 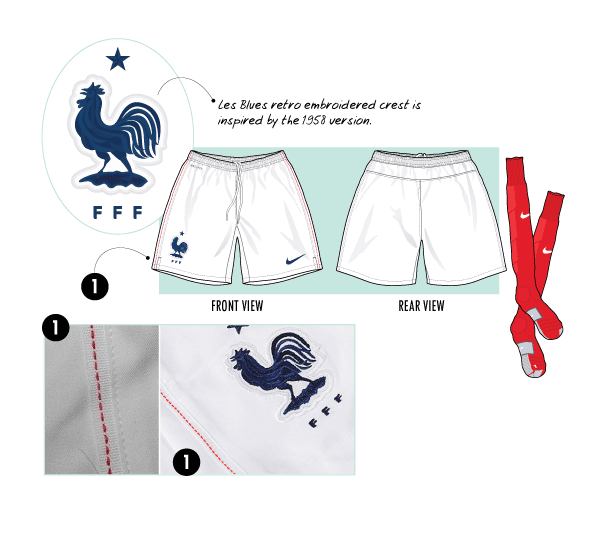 Les Blues home shirt is a deep blue in a denim-styled material effect fabric is inspired by the French town of Nimes, which gave the world denim ( de Nimes). In the words of Nike ” the paradox between raw denim and elegant silk mirrored Nike designers’ desire to create a beautiful design aesthetic for the French home shirt”. 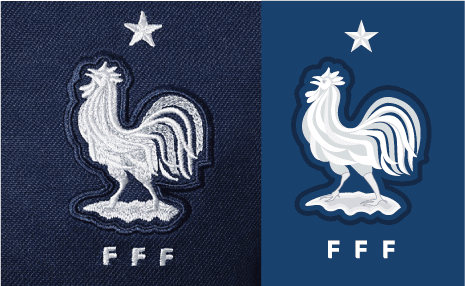 Additional the retro embroidered crest is inspired by the 1958 version. The shorts are a return to white and, similarly, the socks revert to red as first choice.

Credit: Joaquim for the logo vector