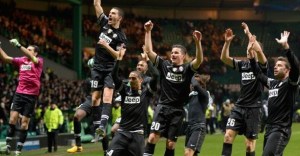 Italian League leaders and defending champions , Juventus took on Inter Milan in what use to be a massive game as both sides were fighting for the titles in the last decade but things have changed now and Juventus are the only super power in Italian league with both milan clubs struggling midtable. Inter Milan needed a win so desperately to keep in touch with the top 4 finish while Juventus could take their lead to 9 points as Roma’s game was suspended.

Juventus took an early lead through, Stephan Lichtsteiner who latched on to a magnificent pass from midfield maestro Andrea Pirlo to make it 1-0 in 15th minute while a goal just after the break from defender Giorgio Chiellini made it 2-0 and put the result the game beyond inter Milan. You can watch the full match highlights and extended video of the of the game here shortly after the match is over.