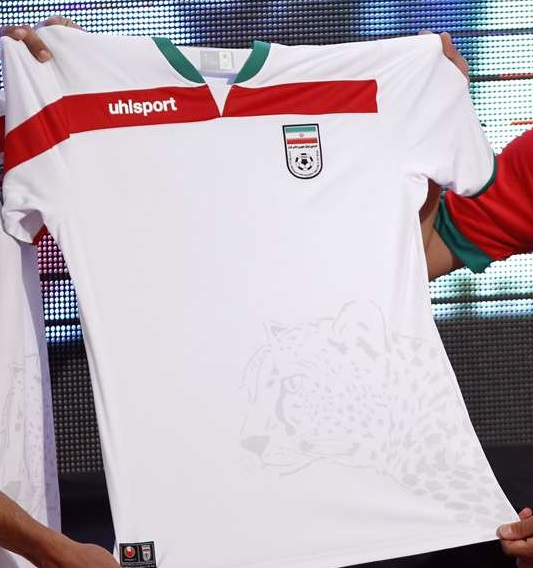 Iran is one of the 4 Asia sides who have already booked their place in the next year’s FIFA World Cup finals to be played in Brazil, starting in June 2014. Iran beat South Korea in the last qualifier game and now they are set to play in the next year’s event which is a huge achievement from the great set of players in Iran.

Iran today has revealed their official world cup home and away kits, with a very faded design of “asian cheetah” which was approved by FIFA. 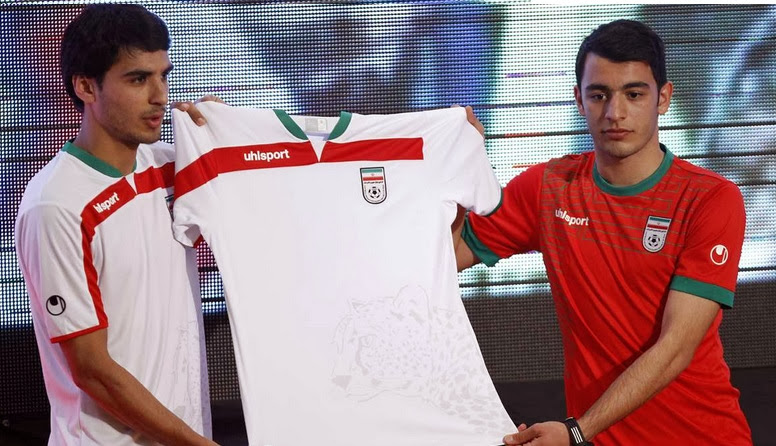 Currently Iran kits are supplied by “uhlsport” which is a German sports goods manufacturer, but Iran kits are designed by Uhlsport brand based in Dubia. It is not know that Iran National side has a kit contract with UHLSport which also include FIFA World Cup, if they do that this is the first time uhlsport will get the World cup exposure to them. 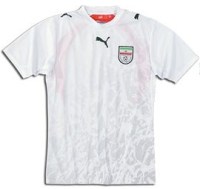 In 2006 when Iran Qualified for FIFA World Cup, Puma supplied their shirts. There was this huge saga about Kit suppliers contract as before the World Cup “Iranol” was official suppliers but Iran signed a contract with Puma just before the World and we might see the same debacle this time around as weel.

Current Iran National Football Team Kit:
There are couple of images showing Irans kits designed by uhlsport, but it remains to be seen where Iran will stick with them for the World Cup Kits as well. 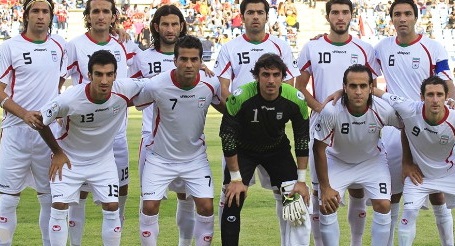 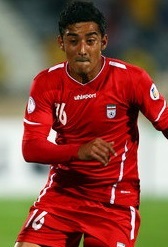