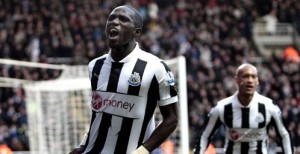 Newcastle United who went into the game against Hull City at KC Stadium on Saturday afternoon with 40 points on the table started the game strongly and they scored an early goal through Moussa Sissoko who scored in 10th minute of the game while Loic Remi scored in just before the break to make it 2-0 before the halftime and at that points looked like Alan Pardew side has the total control of the game.

After the break through Curtis Davies scored for the hosts which put some fight in the game but Newcastle restored their 2 goals advantage with in minutes when Sissoko made scored his 2nd and newcastle United’s 3rd goal of the night. That was the final goal and match finished 3-1 for toons who are now 8th in the table just 2 points behind manchester United. Extended match highlights of this game will be available shortly, so tune in here after the match.