[ Highlights will be available shortly ] 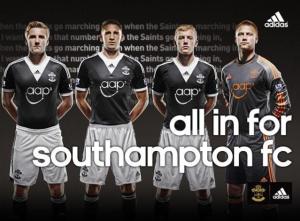 Southampton are going through a great run of form and they showed that against Hull City by winning another three points playing away from home in what was a very difficult game. Southampton climbed to 8th in the premier league standings with 39 points just 1 point behind Manchester United now.

They took on Hull City tigers at KC Stadium on tuesday night, game was 0-0 at the break but Southampton looked much the better side of the two and they scored through Jose Miguel Fonte when he slotted the ball home with a clean finish in 69th minute of the game. Southampton next few games can define their season and it will be interesting to see how they go about this in coming weeks.

We will have the full match highlights from Southampton 1-0 Hull City BBC Motd video right here, goals video will be updated immediatley after the match but the Motd video might be available early on Wednesday moring, 12 February 2014.