Holland inflicted the worst beating to the defending champions in world cup history, Van Persie, Robben ran riot and put 5 past Spain to put their 1 foot in the knockout stages.

Holland had to chance to revenge their 2010 world cup final defeat in the hands of Spain as both team played each other in the group B match. 3 time world cup finalists meet again in the next world and all three occasions champions failed to win. Holland looked the sharped of the two sides as they pressed spanish defend who looked a bit out of sorts. 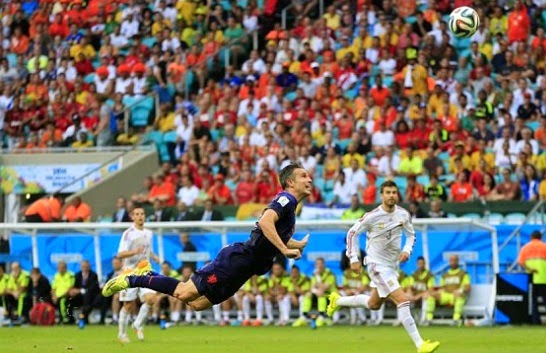 First chance fell to Wesley Snieder who found himself one on one with Iker Casillas but failed to score. Diego Costa who opted to play for Spain won a penalty when Stefan De Vrij tripped him in the box, Xabi Alonso scored spain’s first penalty in world cups since 2006. 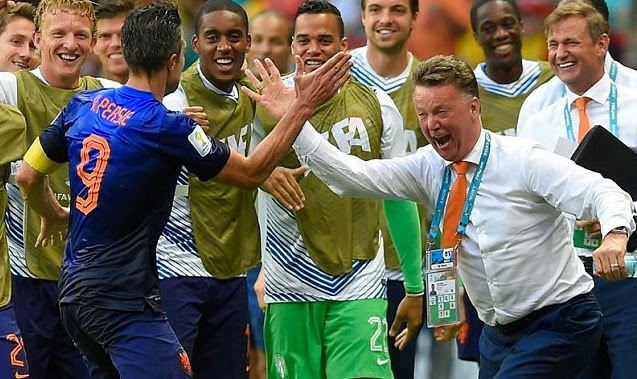 It took moment of magic from Robin Van Persie to bring Holland back into the game, when he tracked a long pass from full back Blind and expertly looped the ball over Cassillas with a sublime diving header. The timing of the game was just perfect as Holland went into the break the happier side.

After the break Holland put Spain under real pressure and spain lost possesion in holland’s half which lead to a fast counter attack where Blind crossed in a superb ball in the box which fell to Robben and he took it on turned the defender inside (a bit like bergkamp against argentina 98′) and shot which took deflection before settling in the back of the net. 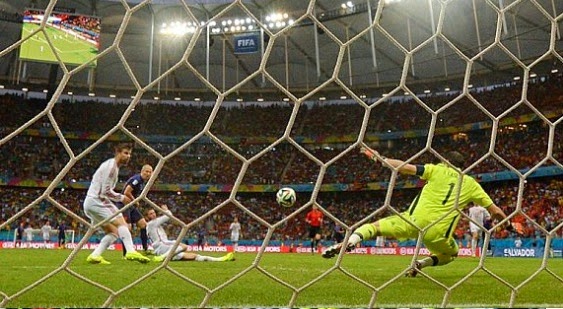 After that it was all Holland, as they ran riot with two more goals against the defending world champions, who have been exposed badly. First Stefan de Vrij scored to make it 3-1 and than Robin Van Persie scored his 2nd and Holland’s 4th of the night.