Germans tore Portugal apart when they played their opening world cup game in group G, Thomas Muller started the world cup 2014 where he left off 4 years ago in South Africa, scoring twice and getting Pepe Sent off.

The most anticipated game of the world cup so far too k place today when The best player in the world Ronaldo finaly made his appearence in 2014 world cup as his team took on Germany for the first group game. Germans started the match on fire winning a penalty kick inside 12 minutes which was converted by 2010 golden boot winner Thomas Muller. 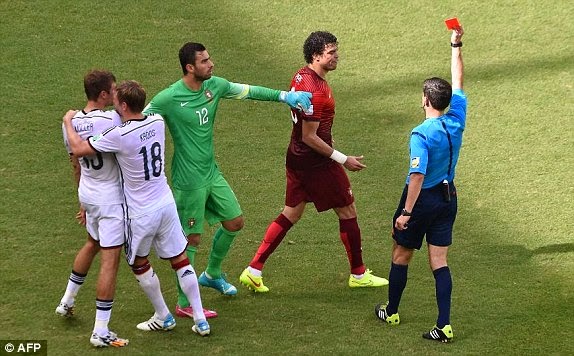 German doubled their lead half hour later when Borussia Dortmund defender Mats Hummel scored with a thumping header on a corner to make it 2-0. Portugal’s start to the world cup went bad to worse when Pepe showed stupidity to get himself sentoff for headbutting Thomas Muller. 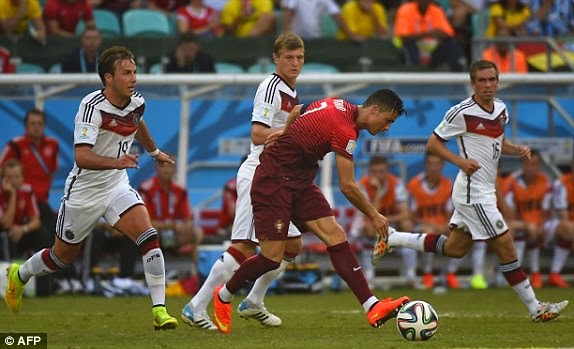 Ronaldo was kept in check by Germany back four.

Game was done and dusted before the break when Thomas Muller added another to make the scoreline 3-0 and kill any slim chance of Portugal making a comeback. This was a disaster start to Portugal world cup campaign. THomas Muller completed his hattrick in the 2nd half with another good goal to heap more misery on Ronaldo and co who just did stop trying all day.