Germany started the world cup with yet another 4-0 win in the opening fixture, but they will be looking get another win to seal their qualification to next round unlike in 2010 when they lost against Serbia having beaten Australia in opening fixture. They play Ghana in their 2nd group game and a win could get them early qualification to next round.

Germany were tested throughout the game against Ghana, where they took the lead first through Mario Gotze but Ghana came roaring back with two goals to get a 2-1 lead into the break. Gyan Asamoha scored the 2nd goal for Ghana. Germany introduced Klose in the second half who scored with in 1 minute of coming on and brought Germany back into the match with 2-2 and became the leading goal scorers in world cup history, equaling Ronaldo’s 15 goal mark. 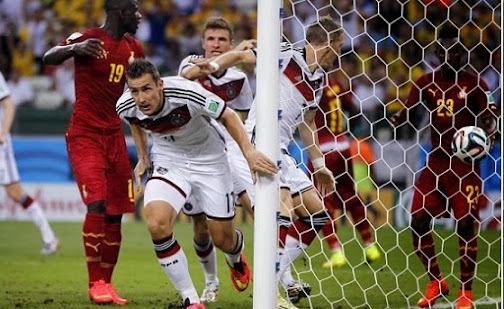 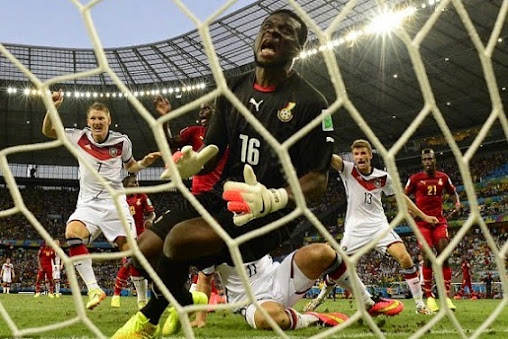 Ghana are coming into this big game on the back of a 2-1 defeat when they lost against United States, now they can not afford another defeat or their chances of making it to the knockouts will be done and dusted. The game will be played on 21st June which will be the 2nd kickoff of the day starting at 19:00 GMT. Ghana officials has denied reports that players are revolting against the coach.

Michael Essien is expected to start in the midfield while Kevin Prince Boeteng might also get the nod having came on as a substitute against USA. Germany are likley to go with the unchanged team with Muller playing as false 9 and Philip Lahm starting in midfield. 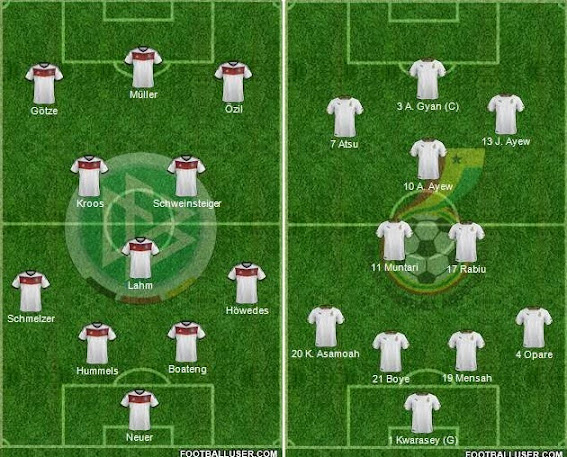 Ghana played decent football against USA having gone down to 1 goal down within first minute of the game, they pulled one back and could won the game intead the conceded a late goal. Germanys looked strong and they already scored twice before Pepe got his marching orders. I expect Germany to do the business and not only book their place in the round of 16 knockout tie but to end Ghana’s world cup dream.

[We love to hear your thoughts on the match, predictions and should Philipp Lahm start in midfield or at his prefered position as a full back and are germany better off without Bastian Schweinsteiger in the starting lineup