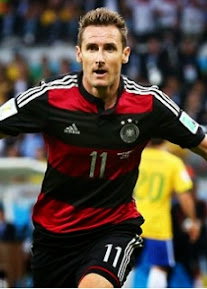 Germans tore Brazil apart in the first semifinal of 2014 world cup, they scored 5 in the first 30 minutes and added the sixth in 2nd half to humiliate Brazil in what was their biggest ever defeat in world cup history.

In the first Semifinal of 2014 FIFA World Cup we will have Hosts taking on Germany who will be playing their fourth consecutive semifinal in the biggest football competition in the world cup. The stakes are high with the winner playing the in 2014 world cup final on Sunday next week against either Argentina or Holland.

This will be the first semifinal of 2014 world cup taking place at Estadio Mineirao in Belo Horizonte on Tuesday, 08 July 2014. The game will be shown live on BBC & ITV in United kingdom while ESPN and ABC will have the coverage of both semifinals in United States. The kickoff time of the semifinals are set for 17:00 Local – 21:00 Uk Time. We will place the live streaming links for this game 1 hour before kickoff with prematch buildup show.

Once the game is over, we will put goals video right here on the page immedialty after the match and full match longer version of highlights videos will be available later in the night.