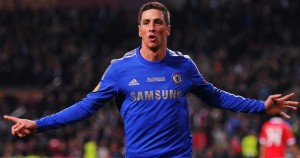 Chelsea are top of the table and they resumed their Premier League campaign after getting a hard fought 1-1 draw against Galatasaray in Champions League. Chelsea started the stronger of the two London sides, but Fulham held them 0-0 till the halftime at craven cottage under new german manager. Jose Mourinho went with a strong side and he gave Fernando Torres a start who scored earlier in the week.

Fulham though struggle to trouble Chelsea back four and most of the time were on the back foot, summer signing Andre Schurrle scored in 52nd minte of the match to give the away side a well deserved lead which takes Mourinho team 3 points clear at the top of the the table.

German international Schurrle scored againstg minutes later to make it 2-0 and all three points for Chelsea who now have 63 points on the table, and in all the leagues Mourinho has managed when ever his team was at top in March he never lost the title, so does that mean Premier league title race is as good as over ?