1998 Champions France will be starting their world cup campaign against Honduras on Sunday night in the group e match at Porto Alegre, below as the match preview and live stream info.

France are off to a flying start in their first world cup game when they defeated Honduras by 2-0 with Benzema and Noel Valladares scored on either side of the half time to get a comfortable win. 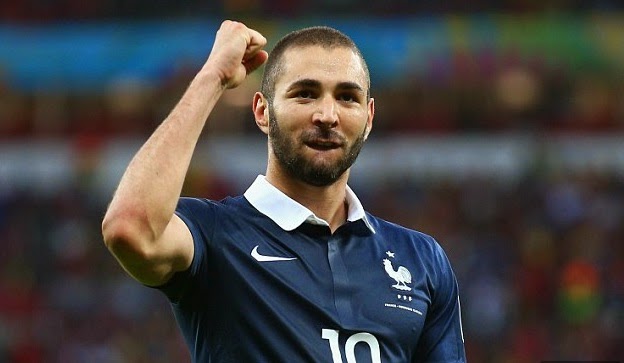 France made it to the fifa world cup through european playoffs, when the came from 2-0 down in the first leg to win 3-0 in the second leg at Stadia de France against Ukraine side. Since than French side are looking more and more dangerous with all the young players they have in the squad. Honduras on the other hand will be hoping to take some experience out of the world cup and they are highly unlikely to get through this group.

France had to suffer heartbreak when Frank Ribery was ruled out of the world cup, but they do have played going forward which can hurt any defence in the world. They are likely to start with Karim Benzema while Valbuena, Cabella and Goucuff will be suporting him in attacking with Matuidi and Pogba to start in midfield. This is how I expect both teams to lineup. 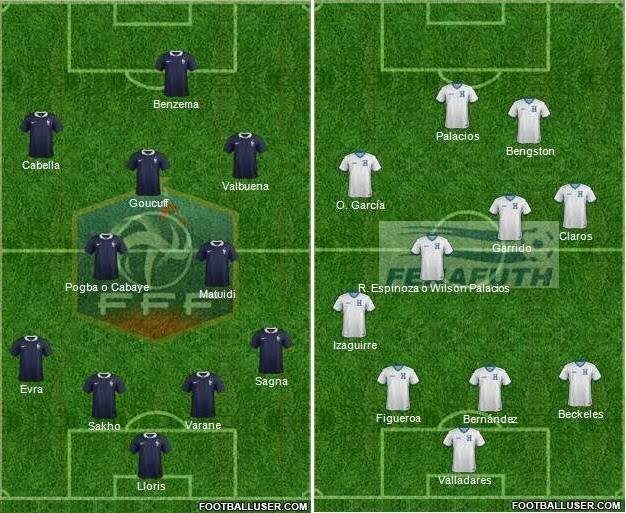 France looks much the stronger side on paper, going forward they have some quality young players while defence is pretty solid as well, Honduras on other hand have some experience players who played in Premier leauge and other european teams. But France should make easy work of Honduras, I expect a 3-1 win for French side.