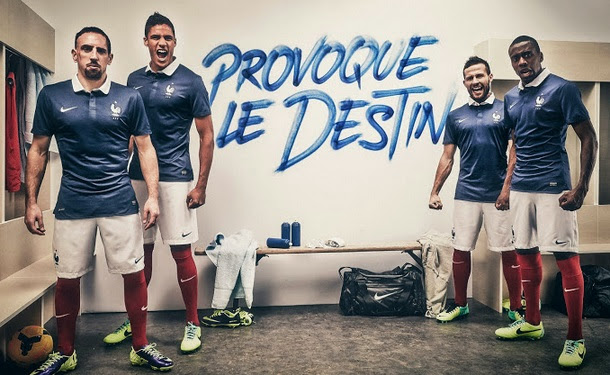 France qualified for the FIFA World Cup 2014 in prime fashion and reduced the odds on their success in the big event itself, after losing in Ukraine 2-0 it was a daunting task to turn the tie around and what did they do in France for the return leg ? well they scored 3 goals and became the first team qualify for World Cup after losing 2-0 in the first leg of the playoff tie. 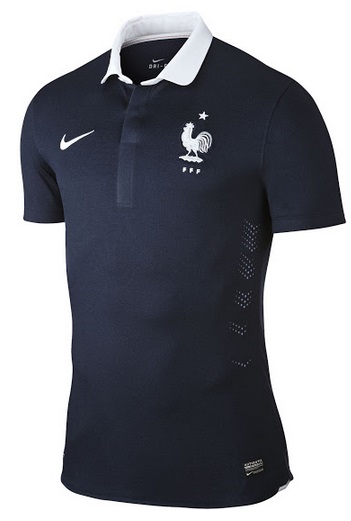 The away kit is not released yet but as soon as we have more information we will place the images of leaked or released kit right here.

This is the official Nike Home kit for France in the 2014 World Cup designed by nike and released this week. 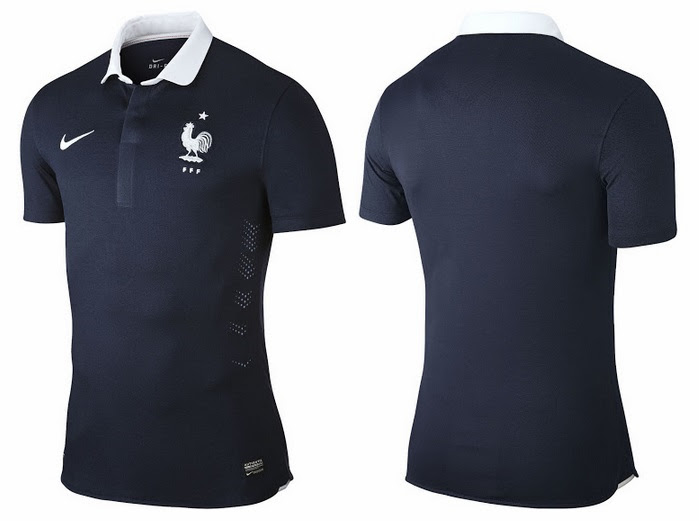 The new French Kit come in beautiful but not a traditional french colours, its more a dark navy blue colour with the white “polo” collar and the collar it self is big. We have a France Football Federation logo in white but very simple colour and design and the nike swoosh logo is also white.