Portugal Primeira Liga also known as Liga ZON Sagres due to sponsorship reasons is the nation top-tier football league. The 2013–14 Primeira Liga season began on August 18, 2013, and is scheduled to conclude on May 11, 2014. Porto are the defending champions. Moreirense and Beira Mar were relegated to the Segunda Liga from the previous season and were replaced with 2012–13 Segunda Liga champions Belenenses and runners-up Arouca. While Belenenses return to the Primeira Liga after three years in the second level, Arouca make their debut at the top level.

From the 2010/11 season, the new official font style was introduced the all Liga ZON Sagres team kits and still continue to current season. 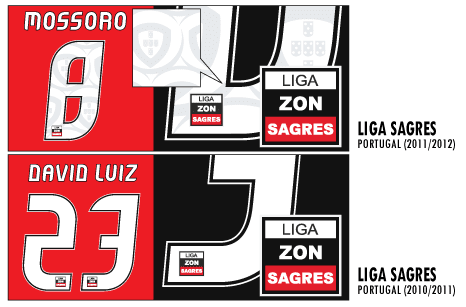