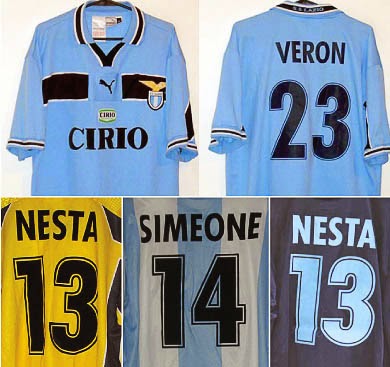 Throughout 1998-2001 season SS Lazio kit by Puma was worn with these font style. same official design for the all Puma strip for the World Cup 1998 match.
The 1999–2000 Serie A season was Società Sportiva Lazio’s 100th season since the club’s existence and their 12th consecutive in the top division of Italian football. In this season, Lazio won their second Scudetto of their history, and their third Coppa Italia, completing an historical double.

Next Puma standard font style during that peri