Juventus most successful seasons in the club’s history, winning the domestic league competition and reaching the final of the Champions League. Marcelo Lippi strategy, with player such Alessandro Del Piero and Filippo Inzaghi, combined with French playmaker Zinedine Zidane, were the main reasons for Juventus’ success. Juventus kits still with Kappa, same design style for the font, additional upgraded the Kappa logo, printed upper at the numbers. 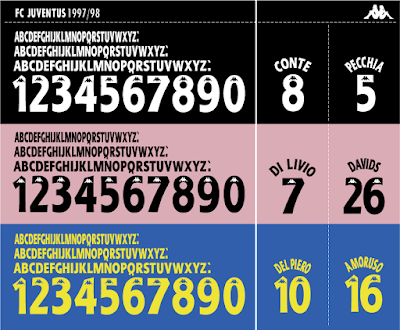